Should I Ditch my Apple Phone for an Android?

Shôn Ellerton, Feb 13, 2018
Having the same phone for nearly five years is becoming a rarity these days; however, it may be time for an upgrade. Question is should it be another Apple or an Android?

I’m not an Apple-hater. Honest!

Back in the 80’s, I loved the Apple IIe. It was revolutionary and, frankly, I wanted one real bad when I was a young teenager; primarily to code my own games in BASIC and play the original Castle Wolfenstein (yes, it used to be 2D!). But I made do with a more affordable Texas Instruments 99/4A, which had its own merits. 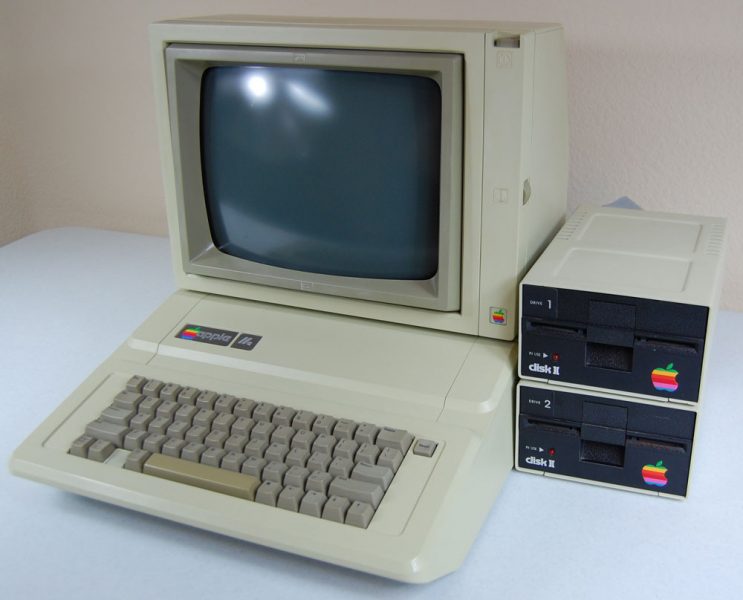 Later came the iPod, the sole purpose of which, was to play music mp3 files. It worked very well (albeit with no gapless playback) and it was easy to manage your music files on the device by downloading and installing iTunes, which, unlike today, used to be lightweight and lightning quick until they started bloated it up like a corpse being left to fester in the heat of a swamp for a few days. In Apple’s defence, I think they’ve improved and simplified the interface during the last year or two after the surge of complaints of bloatware being installed on users’ computers. 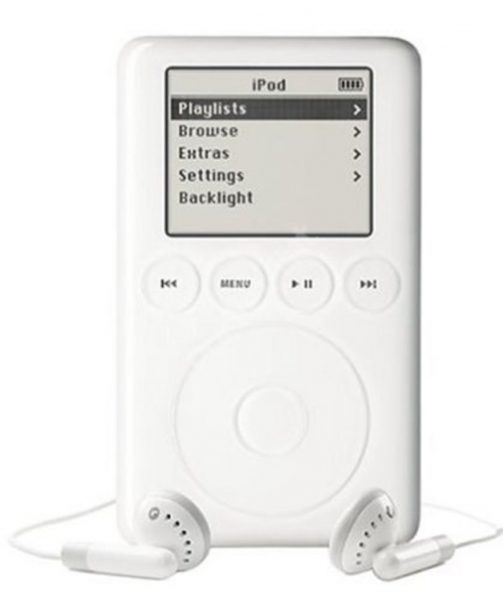 Another thing which Apple did remarkably better than anyone else for years is create the Macintosh sporting amazing power and ease of use without being too unaffordable. There was nothing else quite like it in the market, and frankly, there still isn’t. Today’s MacBooks are very desirable products indeed, although pricey. 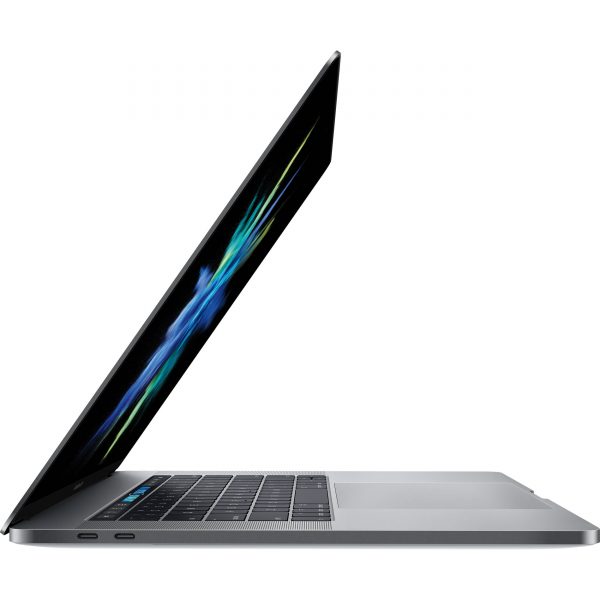 However, I digress. Back to the topic of smartphones (and I’ll include tablets), I was impressed when Apple revolutionised apps for iPhones and iPads. These days, of course, there are plenty of other platforms who also support apps. Moreover, they can multitask and run them concurrently at the same time, something which my iPad and iPhone fails to do.

These days, there are a glut of Android-based smartphones which simply seem to offer so much more than my existing iPhone. Having slots for memory cards, plug-and-play file storage, better cameras, flexibility, multitasking and the adoption of standard connectors and cables seem to be a key feature of our favourite Android-based smartphones. And, they’re considerably cheaper.

My iPhone 4S has served me reasonably well for many years (one pictured below). It is small and fits into my pocket and the battery life is exceptionally good; however, it is limited to 3G and the main socket connector is getting quite tired and very twitchy to use. Should I ditch my iPhone and join the Android hoards or continue on with a new Apple phone? 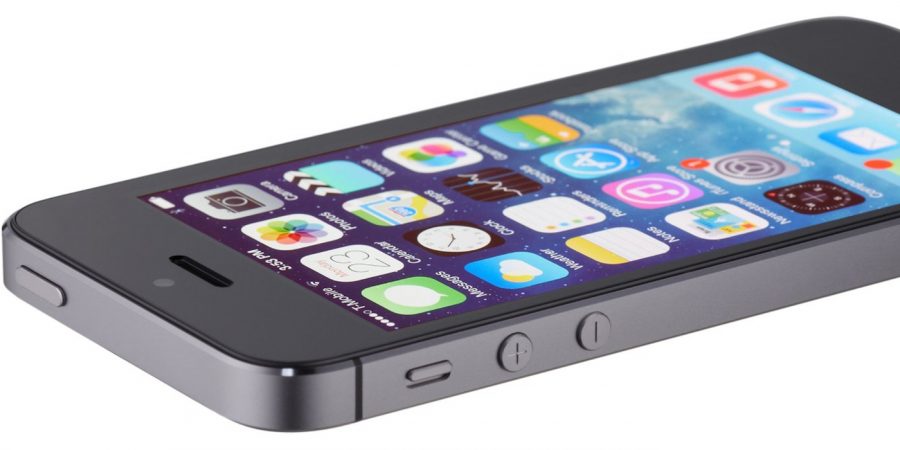 Why has Apple Frustrated Me?

Some of these are going back some years but here goes:

For all those who had music iPods years ago, remember those countless number of online forums of suggestions to Apple of having gapless playback on their iPods? Never happened, did it? But this is the kicker. It was always available using iTunes! This is particularly frustrating when you have songs which merge into each other. For example, listening to Pink Floyd’s Dark Side of the Moon, is just not the same experience unless you merge the whole damned side of the record into one file.

This blows my mind again and again. Some years ago, when Apple released an update for iTunes, to my surprise, my list of tracks in my music library were not in the correct alphabetical order anymore. Numbers curiously came after letters. Apple seemed to have the audacity to ignore internationally-agreed ASCII sorting conventions. Still to this day, I come across forums with audiobooks not being sorted properly. Why is this such a difficult problem for Apple?

Having to ‘Jailbreak’ Your Phone to Get What You Want

Nothing irks me more than Apple’s continued persistence to prevent their customers from jailbreaking their own phones. I remember a great app called MX Tube which was superior in every way to the Youtube app; however, you had to jailbreak your phone to get it. And once you upgraded your iPhone’s OS to the latest version, your ‘illegal’ apps suddenly disappeared. Moreover, Apple threaten to void your warranty if you do jailbreak your phone. Isn’t that marvelous? Being conditioned by the company in which you are the customer!

The inability for Apple to accept that flac audio format for music files is the de facto open-source standard for high-quality audio playback frustrates me no end. Of course, Apple have their own high-quality format, but to not natively support FLAC is sheer arrogance. Trust me, listening to mp3 files through a high-quality stereo system is a dog’s dinner; but saying that, how many people these days listen to music on a good stereo these days anyway?

Metadata is Chaos in the World of Apple

Ever downloaded your videos from an iPhone to your PC only to have to manually look at your iPhone to find out when the videos were taken? Seems when you download your videos to your PC, the metadata holding the dates of creation are wiped out.

My wife had a portable iPhone ‘boom box’ which you can simply dock your iPhone into. She used it for her Tai Chi training class. Once she ‘upgraded’ her phone to an iPhone 5 because her old phone gave up the ghost, that device became useless. I wonder how many third-products supporting the old socket connector have been discarded or, hopefully, given away to someone out there with an old phone. Granted, the first socket connector was crap and prone to breaking, but while every other non-Apple device seem to be content on using standard USB cables, Apple had to take their own approach. At least they could have made the new connector the same as the sleek magnetic connector used in the MacPro. Since then, we purchased a device which accepts Bluetooth signals not relying on a physical connector. 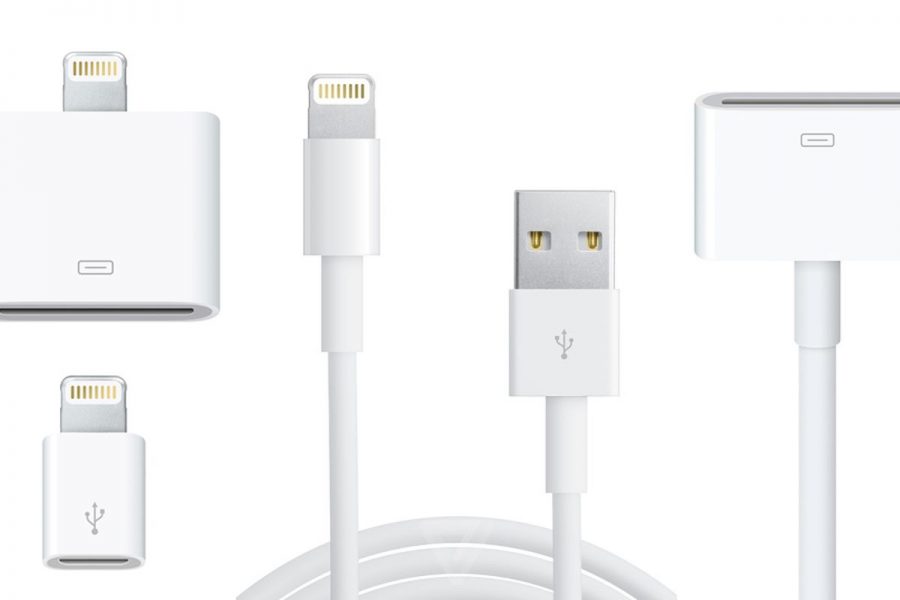 With most non-Apple smartphones, stick a MicroSD card in it, connect it to your PC with a USB cable and, hey presto, file storage! And a bonus; all of your apps on the smartphone can access the file structure and you don’t need to run iTunes. 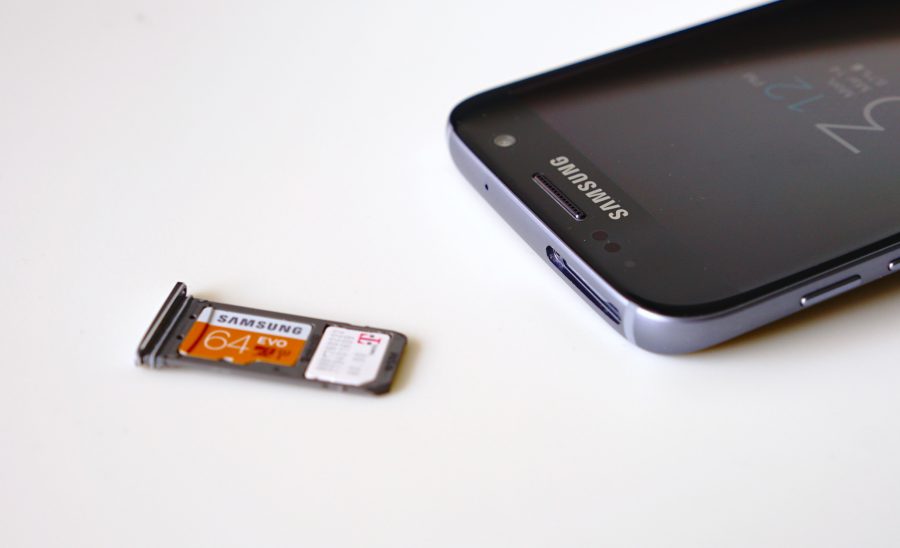 Never understood this properly but so many of my iPad apps cannot run in the background. For example, if I am listening to a Youtube video and switch to another app, the audio stops. With other apps, as soon as you minimise them switching over to another app, and then go back to your original app, it seems to have ‘forgotten’ what it was doing and simply kind of resets itself. Maybe there are workarounds but I’ve not discovered them.

Well, basically, if your battery is faulty or just not good, you’ve got a lemon. My current but old iPhone 4s has an amazing battery. My wife’s iPhone 5s has a battery which virtually dies after being disconnected for a couple of hours. Guess it’s a luck of a draw. To be fair, many smartphones in today’s markets don’t have replaceable batteries but it’s nice to know that you can replace it if you have to, or at least, keep a spare one.

The Headphone Socket or rather, the Lack of it

If you’ve bought the latest iPhone (and of course I never intend to) and you want to use your trusty high-quality wired headphones, you’re in for a major disappointment. Why? Because Apple have deliberately left out the inclusion of a headphone socket forcing the buyer to either use a Bluetooth-enabled headphone or use an adaptor which bridges a non-Bluetooth headphone to the iPhone. In either case, additional power sources are required for the Bluetooth connection and the headphones themselves.

Here’s an example. My wife brings her iPhone to her Tai Chi training class at the community centre in which there is a sound system fitted with standard audio RCA plugs. She simply connects her iPhone to the system using a simple cable from her headphone socket on her phone. Yet another example. My Holden Commodore car does not have Bluetooth fitted but it does have an auxiliary input which I can connect my phone into. I’m not inclined to fork out additional expense to have a Bluetooth-enabled sound system in my car, that’s for sure.

I can only laugh when unsuspecting customers who bought the latest phone attempt to plug in their beloved wired headphones only to find there isn’t a headphone socket there. Yes, you can buy adaptors, but that’s an added complication, an added expense and a potential loss of sound quality due to the increased number of connections and signal conversions. And by the way, I don’t care how good the Bluetooth adaptors claim to be! Sadly, Google have decided to play this game too with their Pixel 2; however, Samsung have still retained their headphone sockets.

Not having had the need to upgrade my phone for quite some time, I was taken somewhat aback at the high prices Apple are commanding for the iPhone X ranging between $1300 and $1800 AUD depending on the memory of the phone. Meanwhile, Google’s Pixel 2 and Samsung’s A8 phones are selling well under the $1000 AUD mark. However, saying that, this is a market-driven economy and there are plenty of us out there who will gladly shed their hard-earned money for an iPhone X; however, I am not one of them.

But Why Have an Apple?

The only compelling reason I have left to continue with Apple is because of Apple’s more secure iOS platform. In these cases, one needs to weigh up the advantages and disadvantages of having a more flexible system with reduced security (Android) or having a more restrictive system with heightened security (iOS). Security is something not to be taken too lightly.

From my perspective, I see fewer people using Apple iPhones and iPads year-to-year, especially among the younger set. Apart from me and my wife, the rest of my family and most of my immediate colleagues are now using Android-based smartphones and tablets. Most of the older generation are still content using their iPhones and iPads. Perhaps they are easier to use. They are still excellent with regard to security and the GUI layout is generally pretty good. However, once you start wanting to do other things besides browsing the Internet or linking to other non-Apple devices, then it’s certainly better to go for a non-Apple product.

The world of Apple devices seems to be anchored in its own world with scant regard to integrating with non-Apple products. On the flip side, Android has its own set of issues to contend with. Android software implemented on smartphones vary from manufacturer to manufacturer and can cause compatibility issues with distributed apps.

There’s no right or wrong in choosing whether to ditch an Apple for an Android (or vice versa) but, I think, for the time being, I’ll keep my old iPhone 4s for just a little longer until it really dies or I get fed up with being limited to 3G!