On a cold and wet winter’s day in 1983, I vividly remember my father, John, stumbling through the front door into our little terraced house in the sleepy village of Bontddu in Wales. I was comfortable and dry sitting in front of the electric fire in the living room along with my grandparents, Lilian and Sydney. John shouted from the adjoining corridor, ‘Folks! I’ve just bought the Fairbourne Railway!’ I vaguely recollect that my grandparent’s reactions were less than enthusiastic to say the least. It’s possible that I even heard Sydney saying, ‘You didn’t I hope!’, or something along those lines. I was 15 at the time and I remember it was not too many years ago when we built, ran and decommissioned the Réseau Guerlédan Railway in France during 1978 and 1979. So my initial thoughts were not incredibly over-enthusiastic either. For those of you that have had fathers who engulf entire families within a family-owned business may not understand all the stresses and strains that come with the territory. Saying that, there were some fantastic times and some great experiences. For example, I was driving steam locomotives solo by the time I was 10 (without passengers of course). This was back in France with Sherpa (then known as France). Frankly, you would be barmy these days if you let your 10-year old loose on a steam engine, but for many, it is a dream come true. For those of you that have driven steam engines, you will know that they require considerably more skill than a diesel or an electric engine. It’s an interesting thought that many of these much-loved steam engines will last for many generations to come if taken care of properly. Much like my trusty 18th century grandfather clock still ticking away while I was writing this article.

I do not want to bore you with the details of technical specifications of the engines and the railway, but rather, relate the photos to how I remember them. There are plenty of books and other websites that will give you technical details of the railway. I am not particularly interested in them. I am more interested in the people and some of the stories. For example, I wrote an article specifically about a nailgun we purchased for the railway. The link can be found below in the Other Stuff section below in the Contents.

The railway was dramatically altered when we took possession of it creating mixed waves of excitement and controversy with the local and railway communities. Local shopkeepers and businesses were generally very supportive of it; however, many thought that the railway would ‘lose its roots’. Buildings would be demolished. Locos would be replaced. Even the track would be regauged to accommodate the new locos and rolling stock which were transported to Wales from the discontinued Réseau Guerlédan Railway in France. John ran the railway with an iron fist and was given the nickname, The Ayatollah.

In my book, the railway’s high point was when we completed Number 24, a magnificent American-style locomotive hand-built at the Fairbourne Railway. It was actually destined for a potential new railway to be built at the Elan Valley, but this project never came to fruition. It was eventually sold to the Bure Valley Railway in 1992 and then on to another lucky owner who still runs it to this day at Cleethopes Coast Light Railway. Oh, how I loved driving that engine! The railway was eventually sold to another owner in 1995.

All the photos and slides were scanned. Many are not very sharp and are of low-quality, but these were the days before digital cameras. 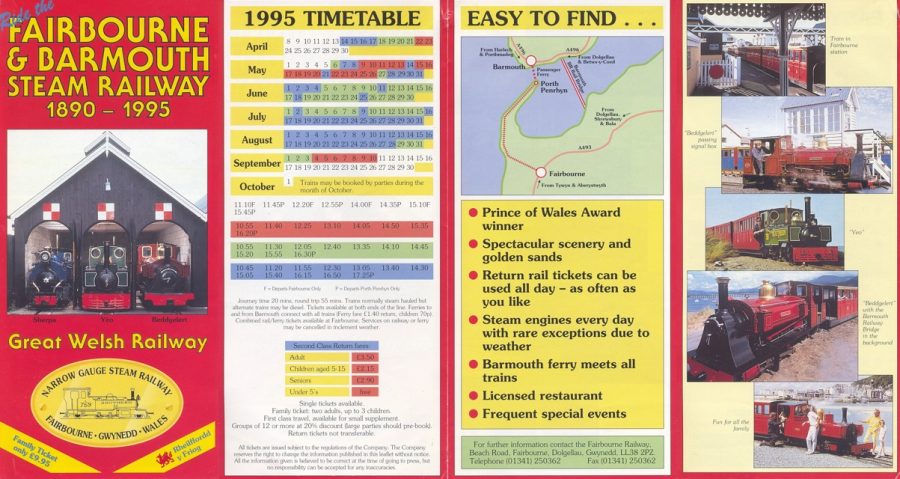