Shôn Ellerton, September 23, 2018
Before I was born back in the Jet Age of the 50s, the idea of everything being self-service seemed really cool and everyone wanted to use it. But those days are long gone…

Seldom do I find myself dining at a McDonalds, but after being heavily persuaded by my son as we passed one by the other day, I finally gave in. As much as we love or hate them, McDonalds excels at just about everything a successful business can do. They customise their services to the country they’re in, they choose the best possible locations, their logistics is spot on, they’re generally clean and looked after, they often boast amazing children’s playgrounds, they are generally consistent quality-wise and of course, they usually have fast and courteous service. What happens in the background may not always be roses and garlands as graphically depicted in Eric Schlosser’s Fast Food Nation, but that’s not what I’m writing about. I am writing about how big retailers are trying to push self-service to their customers presumably to maximise profits by not needing to hire real people. And frankly, I don’t like it, especially when I am pushed into using self-service by the establishment’s own staff.

So What Happened at McDonalds?

Recently, McDonalds counter staff have been asked to direct their customers on to their self-service touch-screen stations which are normally located not far directly opposite the counter. This happened to me the other day. I walked in to a near-empty McDonalds and approached the smiling server at the counter who then prodded me to use the self-service station and added that they are trying to get customers to use this method. I kindly declined and preferred that I order directly from her. She appeared to appreciate my choice, although I’d bet half my year’s pay that the McDonald’s uber-gods would have looked far less kindly on the matter. After all, who would want to tie their own noose?

Now, if you’ve never used one of these self-service stations before, I can assure you that it takes more time to use one of these than just asking the server directly, unless you’re shit-hot with using them and the only way that would be is if you’re a really frequent customer of McDonalds. After receiving my food, I sat down at my table about to read the newspaper but thought instead to count how many customers would be given the same treatment by the server and how many would be willing to use the self-service station. After watching for 30 minutes whilst munching on fries and a filet-o-fish, twelve other customers given the same encouragement to use the self-service station declined as I did. As to whether they declined because they did not know how to or if it was in principle, I wasn’t sure, but in my case, it was most definitely on principle. The only time I used one of their self-service stations was when it was first introduced a couple of years ago. I was curious to find out how to customise my burger and how much each extra component would cost. But now that I know, it’s now faster just to order straight from the counter!

It’s seems fairly obvious that McDonalds is struggling to maintain high usage of their self-service stations, at least in Australia.

Let’s Not Forget About Self-Service in Supermarkets 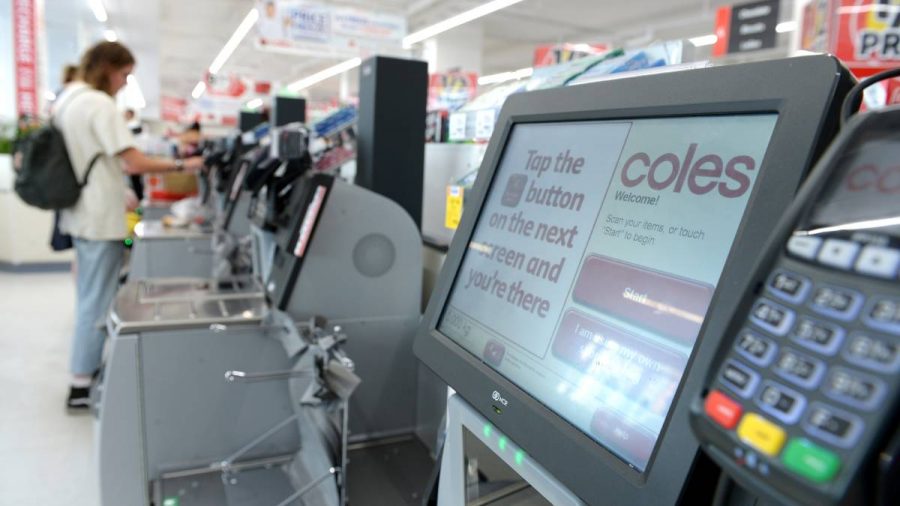 For a few years now, many of our largest supermarkets and other big retailers have introduced self-service stations as options for customers to purchase their goods. To be fair, some of them have improved. For example, many self-service checkout stations have abandoned that heinous practice of forcing the customer to place the goods in the tray disallowing the customer to repeat-scan their goods. For example, if you bought ten of the same items, you would have had to scan each one individually, place it on the tray, take another one and do the same. However, even so, I’ve observed many frustrated customers at self-service checkouts who then invariably require assistance from a real person.

The reality with self-service checkouts in supermarkets is that they are really only time-effective if you’ve got a small amount of goods to check out, you are reasonably adept at scanning products, you are not checking out fruit and vegetables (a slow and cumbersome experience) and the live checkout counters have long queues (usually due to staff cutbacks).

This is where my principle in not using self-service checkouts kick in. Whether I am naïve or not, I believe if many others do not use them, this reinforces the need to retain real humans and maintain higher staff retention behind the checkout counters.

This continual push in introducing self-service in restaurants, supermarkets and larger retail outlets is the establishment’s way of maximising their profits and cutting down staff numbers. For those of you that perhaps have worked as a checkout clerk and for those in even earlier days, the supermarket bagger (a role that died years ago), you would appreciate the importance of supporting the live checkout option as much as possible.

Where Self-Service is Genuinely Useful

In all honesty, I can think of only two situations where self-service is very useful.

First off are cash machines (or ATMs). Unless you’re going to get an unusual amount of cash or some other specific requirement, why would you bother standing in a queue in a bank to request cash from a teller. Moreover, unlike purchasing goods at a supermarket or a restaurant, withdrawing cash from a bank is a highly personal affair for most of us. Even back in the 70s, my mother drove up to the side of a bank in her car, place her ID and a cash request form in a plastic tube which was then sucked up in an elaborate pneumatic system and then to appear a couple minutes later, whoosh, in a tube back to the driver at the car with the cash asked for. Incidentally, this system is still in operation in some supermarkets to deliver cash or other documents from one cashier to another. Below is photo of a bank in New Jersey which used to use pneumatic tubes but since then, died off in our digital age having been replaced by the ATM. 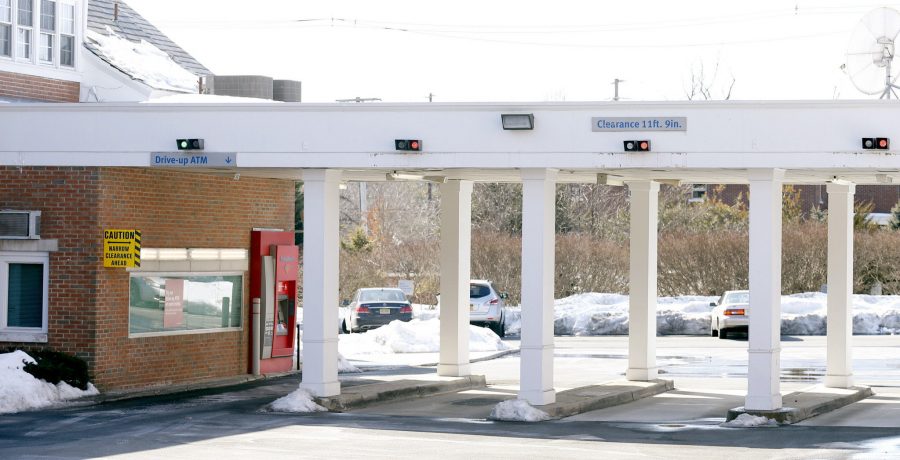 The second real useful application for self-service is for buying fuel directly at the pump with your credit card. This is practically the norm in the U.S., but still not generally available in most stations worldwide. Whether it is the deliberate ploy by gas station companies for fuel-buyers to have to queue inside the shop on the off-chance that they might purchase something else or if it is simply that they have not yet rolled the option out is open to conjecture. 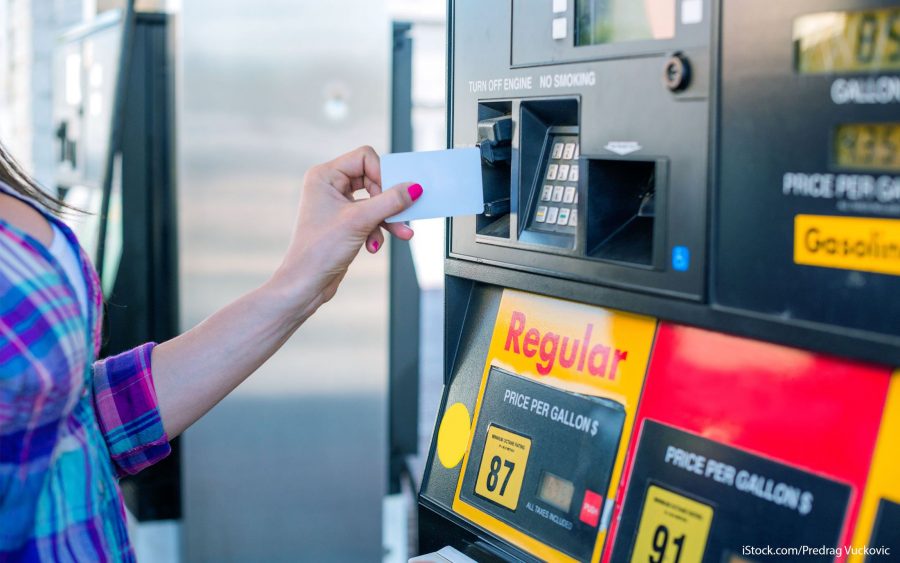 Although I have not included any hard factual figures on the efficacy of introducing self-service stations, I am more than confident to say that most of us far prefer the ‘personal’ touch of a real person behind the counter. Buffets aside, this is especially true of the restaurant industry. One would never expect self-service at an expensive gourmet restaurant. Why should this be different for a family diner or a fast-food outlet? I’ve seen families with kids at fast-food outlets where ordering at the counter is just part of the fun and experience, especially if the server engages with them making them feel welcome and invited. Even the drive-through option has shades of a personal touch about it although, one often ends up waiting longer than if you simply got out of the car and ordered at the counter!

The whole ethos of going out to a restaurant or, for that matter, going shopping is one way to mingle with other people and be interactive. Unless you’re genuinely reclusive and don’t want to engage in any conversation or have any eye-to-eye contact with anyone, then you’re probably better off online shopping or ordering takeout.