Let’s talk about pyramids today. No, I’m not referring to the great pyramids in Egypt but rather, the DIKW pyramid and how it relates to car crashes, or specifically, how to avoid them.

For those unfamiliar with the DIKW pyramid, it defines the hierarchy of data, information, knowledge and wisdom in the shape of the pyramid with data sitting at the bottom and wisdom crowned at the top. 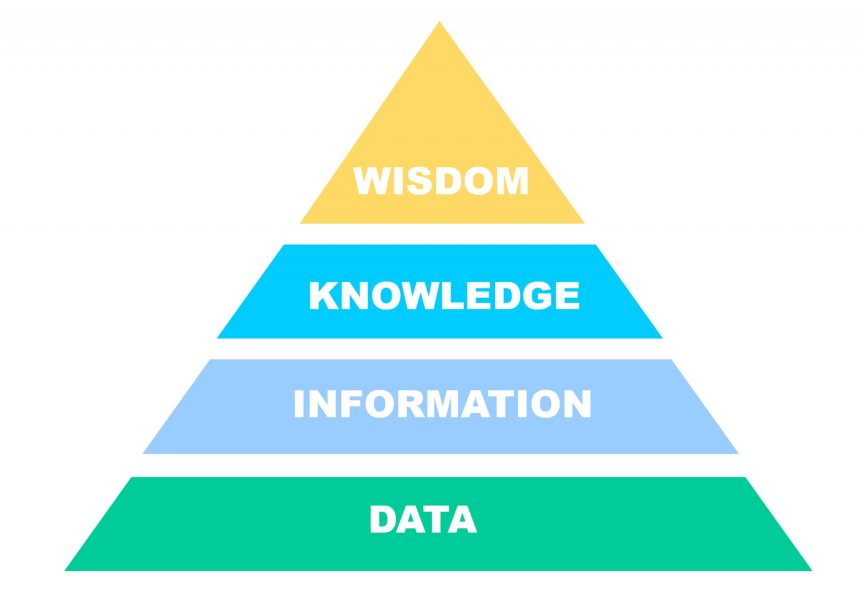 I like the DIKW pyramid concept since I first became familiar with it years ago back in 1997. It was, during this time, whilst walking to my then local gym near Watford Junction in the UK, that I pictured an analogy of DIKW pyramids and car crashes. Funny how one often remembers exactly when and where something takes place! But sometimes not, why.

Countless articles have been written about DIKW pyramids; some for the idea and some against. However, this is my story of how I remembered this model and I’m going to publish it along with all the others!

Despite the amount of material on DIKW pyramids on the Internet, no one I personally know has come across them to my knowledge, but I guess, one could search for practically anything on the Internet including tips on playing golf on the Moon’s surface. The thing about DIKW pyramids that I find interesting is that they apply to practically everything in life; from receiving information by harvesting data, and by gaining knowledge from that information, ultimately attaining the heights of wisdom by scaling the summit of the pyramid through understanding.

Let’s jump in the car!

Ok, let’s get on with the car crash analogy.

You’re driving along a country road. Choose a nice twisty one with plenty of hazards. Line a few menacing stone walls on the sides of the road. Throw in a bit of rain. Dot the road with the occasional sheep. Chuck in a few angry farmers with tractors and a couple of caravans complete with long queues of irate drivers behind them desperate to overtake them. Having lived in Wales, I know what I’m talking about!

You sit there comfortably in your car, meandering down the country lanes and you observe the following things outside. Dark-grey and wet, a triangular-shaped sign with a red exclamation symbol and a right-angled curvy squiggle, a solid white line in middle of road, narrow (at best two cars wide if lucky), and the road appears to end with a wall not far ahead which is reflecting a light, and it is not yours. Moreover, there are words on the road that spells the word, SLOW (and ARAF as well if you’re in Wales!). Inside the car, you note a round dial right in front of you with a bunch of numbers on it, with the red stick thingy in the middle pointing at 90. Inside the round dial is a word that spells MPH.

That’s the data in its raw format. Not particularly exciting, is it? A couple of words, a symbol and a number. Narrow. Dark. Wet. Frankly, it’s not giving much in the way of what’s going on. It’s certainly not going to make a decent action storyline that’s for sure.

However, the data presented does offer information as to what’s going on. In terms of information, the above can be re-written as:

It is wet and rainy. There is a sign in front of you warning you that there is a sharp bend in the road ahead. Solid lines on the road, along with the painted words, SLOW, on it, advise you to slow down. What looks like a wall at the end of the road tells you there is a bend in the road coming up and the reflecting light against the wet wall tells you that there is a car coming the opposite way with its headlights on. The road is barely wide enough for two cars. You look down on the dash and note that you are going 90 mph.

That’s a bit more interesting, isn’t it? Armed with this valuable piece of information, one can now gain some knowledge out of it.

The knowledge can be stated as this:

You are driving well in excess of the speed limit. It is wet and quite dark outside. You’re approaching a bend in the road and there is a car approaching the other way. Moreover, you are all too aware that on roads like this, there could be tractors, sheep and caravans that take up more than their share of the road. Basically, you’re driving too fast and an accident is just waiting to happen.

Now you have the knowledge!

But it’s not enough. You might take heed of the warnings from the knowledge that you gained, but then again, you might not. You feel certain that your driving abilities can take you safely around the corner in these conditions. You’re in a rush. You’ve got good reflexes. Good tyres. Good brakes. It’s ok.

You approach the corner. You spot the other car coming the other way. You panic and try to slow down. The other car just misses you and continues down its merry way. You try to turn but slide instead into the wall up ahead.

Thankfully, you slowed down enough so as not to injure yourself. You gingerly step out of the car from the passenger side, because the driver’s door won’t open as it’s solidly wedged into the wall. You look in dismay at your car which is now a write-off along with your dignity.

But you’ve learned something from the experience. And that, my dear reader, is wisdom. From wisdom, you’re certainly not going to play that trick again.

What’s interesting about the DIKW pyramid is this.

To attain the apex of the pyramid, the wisdom bit of it, one often undergoes a negative experience or an arduous journey of some sort to attain it. It’s almost as if one must get an understanding of the experience before continuing along the journey to the very top of the pyramid.

A great illustrative example of this can be seen in the ‘all-seeing’ eye on a floating apex of a pyramid on the back of a US dollar bill. It’s almost as if the gap between the apex and the rest of the pyramid represents a barrier of understanding before accessing the lofty heights of wisdom. 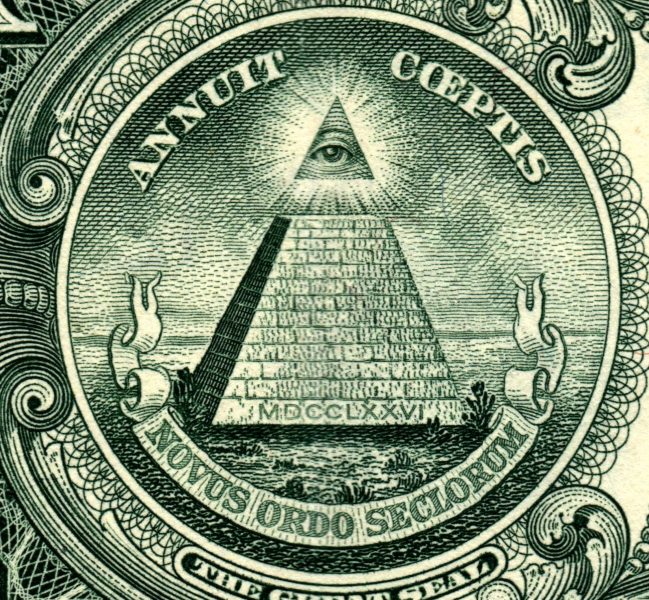 Next time you’re out taking the car for a spin on a country road, remember the DIKW pyramid. And another thing, isn’t it a fun coincidence that most road hazard signs are triangular representing yet more pyramids?