Did Anyone Actually Read the Paris Agreement?

Shôn Ellerton, November 22, 2019
We can all do better to curb emissions, but signing the Paris Agreement, listening to Greta bark her head off and being disrupted by activists is not the way to do it.

After our recent epidemic of wave after wave of disruptive eco-warriors from the Extinction Rebellion (XR) gluing themselves to roads, evangelising their idealistic views of zero-carbon emissions, pissing about, littering and generally causing havoc on the street has not made them very popular at all to say the least. The funny thing is this. Most of those who participated hadn’t a bloody clue of how they were going to achieve the goal of the movement, principally to have net-zero emissions by 2025. 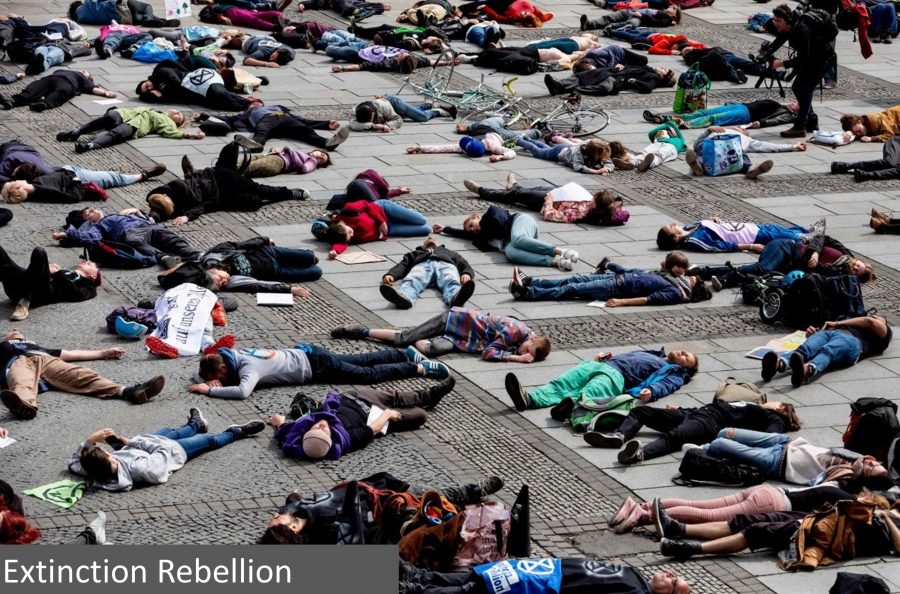 Mass demonstrations and protests can become violent but there is usually a very good and specific reason for them, such as the Poll Tax Riot which I inadvertently experienced as I walked into Trafalgar Square after having a Chinese lunch in March 1990. In a few minutes, a hoard of protestors and rioters lobbing Molotov cocktails began to ensue. The protestors and rioters knew what the ‘how’ was, and that’s the difference. As many who lived in the UK remember, Britain’s Poll Tax was deeply unpopular of course, and eventually, it was overturned. 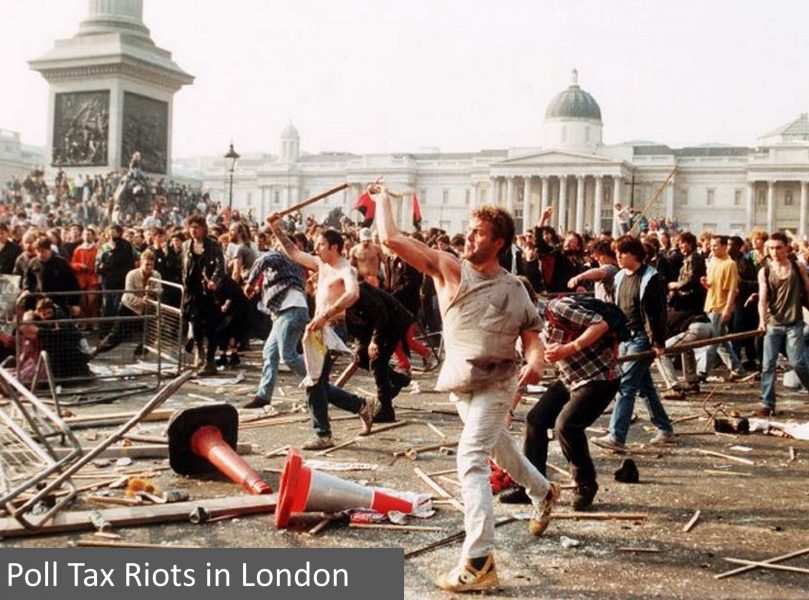 And now there is Greta Thunberg. Although being an incredibly bright, spirited, active, courageous, young individual, she has not helped the cause for climate awareness. If anything, she has insulted and alienated so many of us, past and present, who have contributed to the progress of mankind. However, she has provided inspiration to many others on how to achieve stardom and success through the power of influence.

I recently read Mark Manson’s Everything Is F*cked, and in this book, he discussed how to create your own religion. And this is what Greta did. She found a common enemy. She appeals to those who are easily converted to her vision. She instantly stands out over the crowd; in this case, because of her youth and energy. She delivers arresting and controversial speeches. All the right ingredients are there for the ‘perfect storm’. It doesn’t matter whether she is right or wrong. She had the courage and audacity to create a huge following paying no heed to those who would vilify her. After all, you’ve got to have your critics and haters to succeed, and this is certainly what she got. Greta, no doubt, will do very well for the rest of her life out of this. We made it so.

The worst offender in creating all the climate-change paranoia is, of course, social media. Not specifically social media per se, but those who read headlines posted on social media and then, only to comment, without even reading the article behind it. Much like Sisyphus being punished by rolling a very large stone up a hill for eternity, all this creates is an endless barrage of memes and one-liner tweets and posts purely aimed at taking down climate activists and climate deniers. Very few take the time to research behind the scenes, and I appreciate, it is difficult to formulate an objective view with all the emotional ‘noise’.

I think we can do better, sure

I, personally, have an opinion that we have been responsible for making a difference to the climate with respect to the changes made to our atmosphere. For example, you’d have to be downright stupid and oblivious to dismiss the fact that many of our most populated cities has highly polluted air. One of my favourite websites is Earth School Null. This is an amazing tool for looking at earth’s wind, temperature, ocean currents and air quality in real time with predictive future modelling up to the next few days. 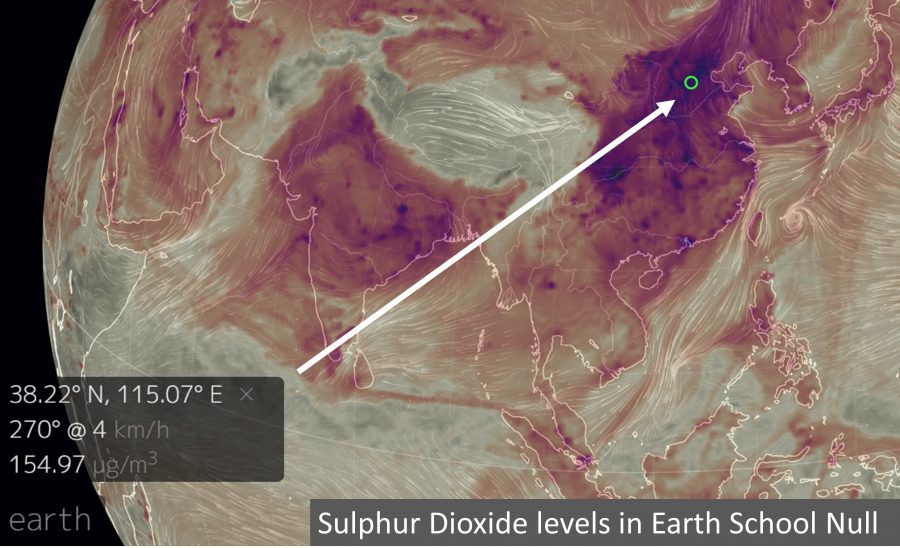 We need to do better and, I have to say, many individuals and industries worldwide are making concerted efforts to do so. I don’t need Greta to tell me that. And frankly, nations don’t need ill-conceived, although well-intentioned, agreements like the Paris Agreement to tell them either.

If someone asked me to formulate an opinion on Brexit, I would unashamedly announce that I have no idea if it’s beneficial or not as a nation. To do so, requires a deep level of understanding of the EU, which has become so incredibly complex now that it could be possible that there is no one individual who understands it all! However, this is not the case with the Paris Agreement.

I didn’t know much about the Paris Agreement (click here to read it) until recently. I took the time to read it whilst on the train to work. It is a short, but incredibly dull but easy to read, 27-page long document published by the United Nations. However, to get a reasonable position on it, you need to read some of the countries nationally determined contributions (NDCs) which constitute their ‘pledge’ on how they are going to contribute to greenhouse gas reductions.

All documents are held in a registry of NDCs submitted by each country that signed up to the agreement (click here to read). They are all in the public space and open to all. They all vary quite widely. Some are short and concise like Australia’s. Some are long-winded heralding all the good work to come like China’s. And India starts off with a lot of ‘Mother Earth’ material and so on. Additionally, one might need to be armed with the knowledge of the percentage of greenhouse gas emissions per country. Not that I entirely trust the data, here’s an easy wiki source for 2017 (click here).

Armed with this information, here are two of my questions on the Paris Agreement:

But there it is, again an again. Nuclear, son of Satan…

From the nickel-mining city of Norilsk in deepest darkest Siberia to the megalopolis of Sao Paulo in Brazil, there’s no denying that there is a load of crap being pumped into our atmosphere, mostly from fossil fuels.

Eco-friendly warriors will continue to spruik about the reduction in energy use, increased use of electric cars and the adoption of one-hundred percent reliance on solar and wind energy. Many tend to forget that you need energy to create electricity, and guess what? This energy mainly comes from coal-fired power plants. One hundred percent reliance on solar and wind? Only in a few selected areas of the world is this feasible. One not only needs vast tracts of land and sea to build solar, wind and wave farms but also the power to override potential opposition from ecologists, residents and sacred-land owners who all have their own strong reasons for not having them built there. Plans to build such facilities in Australia will become under the spotlight in no time flat. 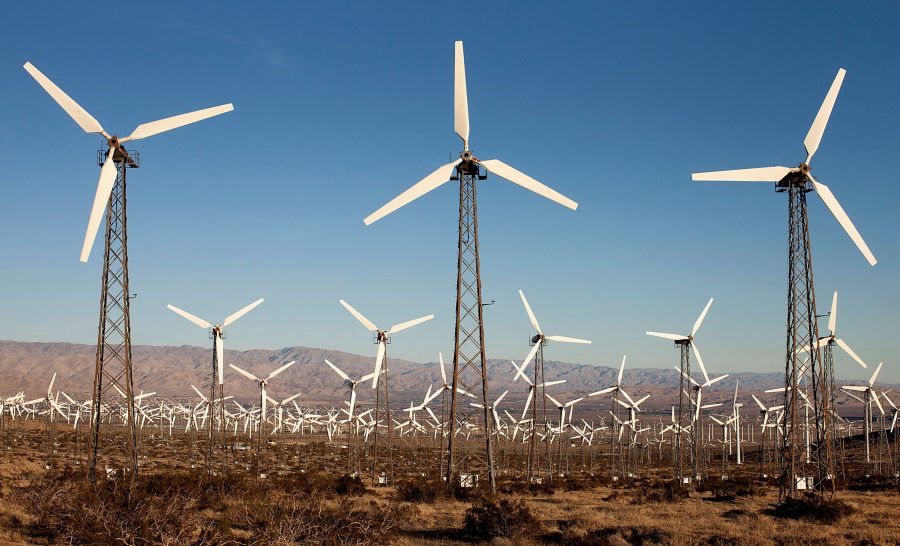 Nuclear power is not easy to understand for anyone. We get scared by it. We all know about Chernobyl and Fukushima, yet, many of us are brazenly unaware of the perpetual damage caused by undersea oil drilling and coal mining. The havoc caused by all the oil spilt into our oceans and seas and the damage to health caused by coal and oil emissions far exceeds that of the damage attributed to nuclear power. Nuclear accidents are very high profile and get the world’s attention much like when jet planes crash killing a few hundred passengers rather than the millions killed by automobile accidents. 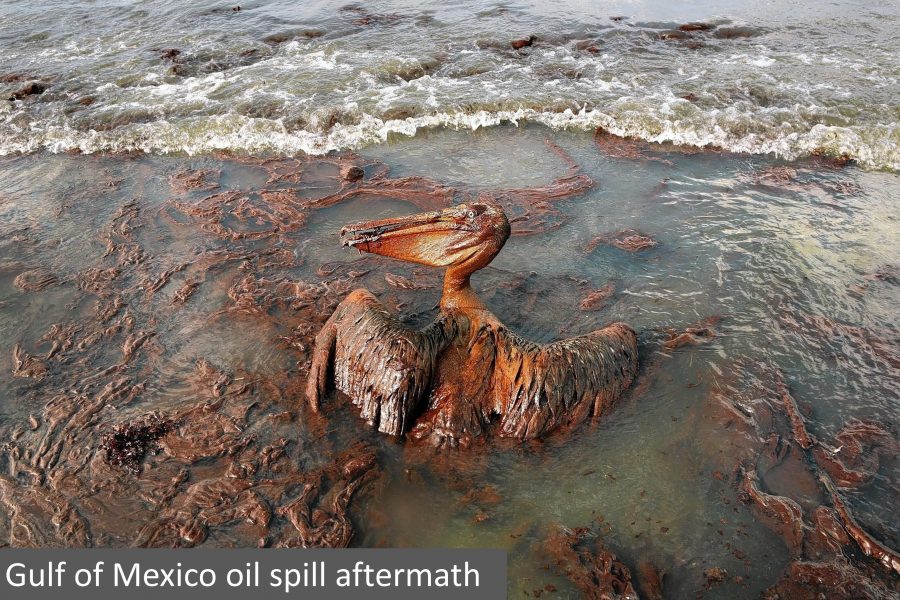 Progress of nuclear power development practically ceased during the 1970s with France leading the way in creating an energy-surplus nation using nuclear power with the ability to provide power to adjoining nations, such as Germany. Newer and safer ways of nuclear power are being proposed from thorium-based reactors with far less waste to mini nuclear power plants using replaceable modules. Finland is paving the way to providing safe physical storage space of nuclear waste. Surely this is better than pumping emissions into the atmosphere as we’re currently doing now. 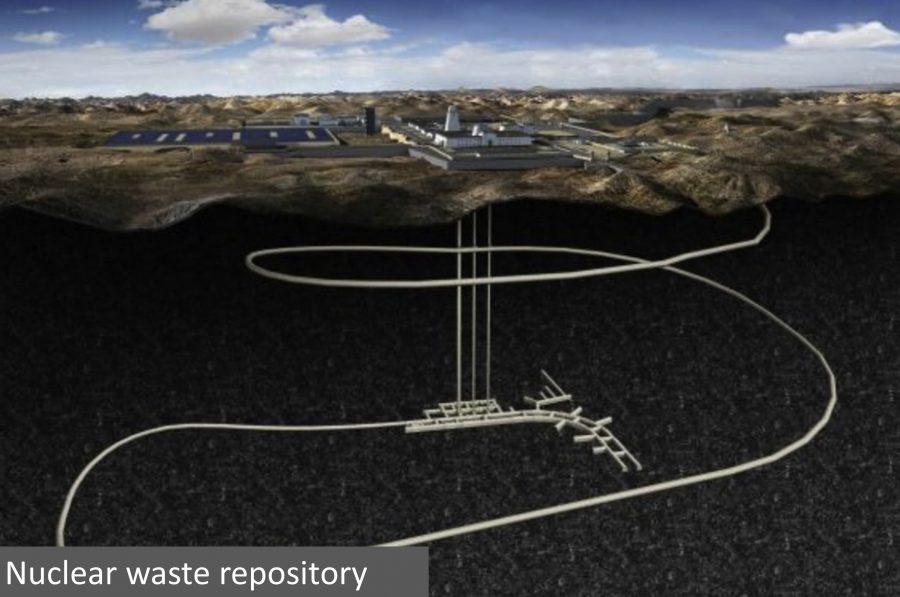 I remember listening to a lecture by the late Hans Rosling, who was a Swedish statistician predicting that the world’s population will not grow more than 10 billion. If he is right, all we need to do is to cater enough for 10 billion people in a sustainable way. 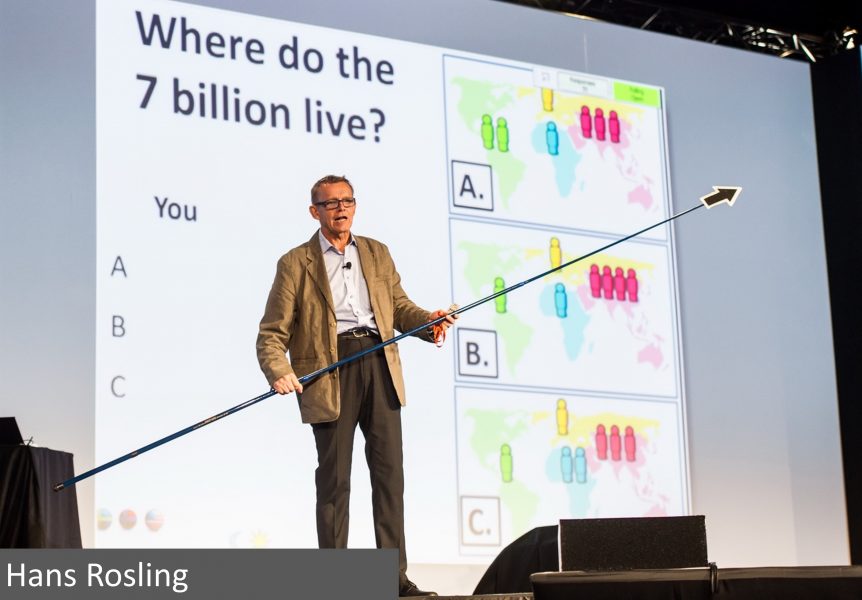 That got me thinking. With more than 2 billion to go and far many more billions to reach a comfortable level of GDP, that is going to require a lot more energy. Most of us reading this article consume far more energy than from those who have not reached a comfortable standard of living, at least the standard many of us are used to.

It is clear to me that the proliferation of fossil-fuel emissions in the last century or two has worsened atmospheric pollution. Developed industries have already made efforts through technology to try to reduce emissions but developing nations pose a severe risk as more of their populations want to achieve GDP parity with their developed nations counterparts. Some say the plants thrive off the added carbon dioxide emissions and are giving off more oxygen in return. Some say that increased carbon emissions are causing adverse effects on our climate. There are climate-changer activists and climate deniers. There are those that simply do not care.

Some countries are more fortunate than others in having the resources to deliver alternative power, but most are simply hampered by public opinion, bureaucracy and perpetual change of government manifestos. France is an example of a country that has (or at least, had) the political power to build nuclear power plants and high-speed train networks without hindrance by those seeking to stop them. Sacrifices were made to build the latter often involving, for example, the dismantling of centuries-old buildings and re-building them in other locations. One can imagine the public fury this would cause in many other developed nations, especially in the age of the ‘headline-only’ reader communities.

I’m sick to death of those preaching hell and damnation to those not signing the Paris Agreement, especially from those who also denounce nuclear power, which, as I see it, is the only alternative at present to deliver high consistent baseline power. It is like someone who upholds and protects native Aboriginal customs but also advocates for women’s rights and equalities. It is like someone who protests the building of a coal-generated power plant also wanting to conserve a species of the lesser spotted pot-bellied azure-coloured prawn that might be found on the endangered list should a wave generating power plant be built across the nearby estuary.

We can all do better to reduce carbon emissions, but signing the Paris Agreement, listening to Greta bark her head off and many of us having to put up with disruptive climate change activists is simply turning people away from being an advocate for curbing our carbon footprint. The Paris Agreement has the right intentions, but it is woolly, vague and, generally, unworkable in its current guise for the reasons I mentioned above. Much like the Kyoto Protocol, it will probably go in the same way as the dodo.