A friend once said to me, ‘Why would anyone want to visit drab destinations or oppressive regimes like North Korea, Turkmenistan, Magadan or Pripyat?’

Knowing full well that I enjoy going to places way off the beaten path and certainly far away from the heaving masses of tourists, I was being asked the question why I chose to travel to weird and obscure locations.

What kind of traveller was I?

The answer did not roll off the top of my head in a clear and easy way. All I could mutter was a lame, ‘…because it’s different’. That, of course, did not offer any pearls of wisdom to his question. If anything, it led me to ask myself why I chose these bizarre destinations.

I had to ask myself what kind of traveller I was more than ten years ago. I say this because, having hit the stage of my life with a wife and a young child, I haven’t been to a strange destination over the last ten years. Nowadays, I still yearn for the adventure of weird and strange destinations; however, I do confess to liking my creature comforts on holidays comprising of more comfortable accommodation and safer transport.

I never was the kind of holidaymaker who went on two-week jaunts to luxurious resorts along golden beaches with pristine azure-coloured waters lapping over them. What am I going to do there? Sit on a beach with a sangria and contemplate the meaning of life? I’m certainly not going to show off; not with my physique! And as for reading books, I can do that on the train journey to work or sitting on the crapper.

And what about those ‘all-in-the-included-price’ cruises? Fun, food and drink; basically, a big floating piss-up party. And, god forbid, hole up in a caravan in the middle of the Welsh countryside in wet and windy weather. I could never ever understand why anyone would want to do this, but many do again and again.

Why I remember the drab destinations

I’ve had my share of travel during the last twenty years or so. I’ve been to many of the capitals of Europe, Moscow, Svalbard up in the far north, China, North Korea, the Vatican, and of course, many locations in Australia where I currently reside. Many of these locations, of course, are very popular with tourists; examples being, the Vatican, Paris and Rome.

However, some of the spots I’ve been to are certainly not in most people’s bucket list of destinations. What’s notable about having been to these locations is that I remember far more about them than the others.

For example, spending some time in Prague, I got bored with jostling amongst the crowds of tourists taking photos of each other on Charles Bridge and dodging the fleets of buses going up to the castle and skirting around the aggressive sex pedlars in Wenceslas Square. Instead, I took the metro and randomly chose one of the underground lines and went to the end of one of them. My train eventually surfaced, having crossed an impressive viaduct eventually terminating within a dreary suburb comprising of grey tenement blocks. I ambled into a non-descript-looking bar and ordered a beer and a sausage only then to have a scintillating conversation with an English-speaking local perplexed why I journeyed out here. What I certainly did not want to do is have a conversation with a fellow tourist on the lines of …

Yet you probably wouldn’t have this conversation if you were back home in the first place! You’d probably be considered a weirdo.

I remember clambering onboard a very crowded minibus to the outer edge of Cairo into an ominous looking suburb hugging the edge of a dry valley where the desert meets civilisation. Looking back on it now, this was probably not one of my safer escapades.  However, I was befriended by a local who invited me to join them for dinner at their local restaurant. I think I learned more about Cairo in that space of four hours than the rest of the time wandering around mummies, sphinxes, stale-smelling museums and vicious vendors trying to flog off bits of old ‘precious’ papyrus writings and horrid scent. 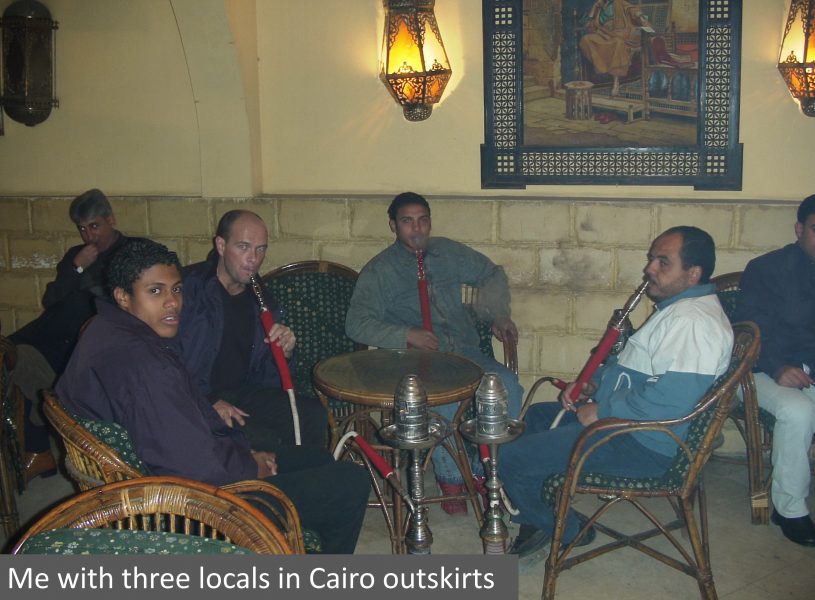 Just on an impulse, I booked a few days holiday in, of all places, Albania. I stayed at a hotel called Hotel California in Tirana, no kidding. As the Eagles song alluded to in their song of the same name, I certainly did not want to be checked in there for too long. To say it was moderately comfortable was an overstatement, and as far as the included breakfast was concerned, it was certainly not one to die for but rather to die from! To make things more interesting, I asked a local to drive me around the country for a couple of hundred bucks. It was certainly an eye-opener, notwithstanding the incredibly poor quality of the roads. Not only did he take me to visit ancient Roman ruins with not a single other soul around but introduced me to his family and took me through little towns and villages lost in the antiquity of time. Again, I learned so much about the history of Albania just by listening to him in the car, although his English was a bit hard to understand. 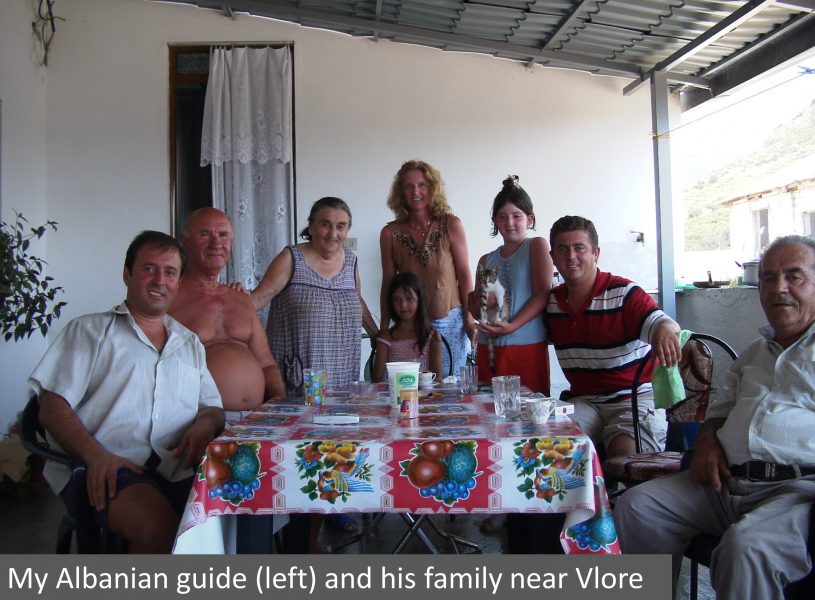 In contrast, the only memories I have of the Vatican is being told off by an official-looking guard with no sense of humour when taking a photo inside the cathedral because it happened to be on a tripod. Presumably they want the tourists to purchase photos instead. In the Sistine Chapel, I just remember a vast sea of heads as we very slowly ambled in and out the chapel, again, not being allowed to take photos. Moreover, I didn’t see the point considering I could simply look up the works of art online and get better detail and information about it. I had similar experiences in many other touristy places.

I then decided that I was going to forego visiting tourist hotspots and, instead, opt for the most underdog of destinations, drab and maudlin many of them might be.

Places difficult to get into are always appealing

Visiting regimes of oppression or those difficult to get into always held an interest for me. A BBC television series called Holiday in the Axis of Evil aired back in 2003 followed the travels of Ben Anderson as he went through six of the countries deemed as being ‘evil’ by the then US president, George W Bush. These included North Korea, Iran, Syria, Libya, Cuba and Iraq. It provided an inspiration and challenge (just by getting the visa) of visiting them all. Alas, I did only one, and that was North Korea. However, I can say without a shred of doubt, that this was the most memorable of all my experiences. The only niggling feeling I had after my trip was the guilt of supporting the oppressive regime that I just visited; however, this could be applied to many things we do in developed nations from wearing tennis shoes to using mobile phones. 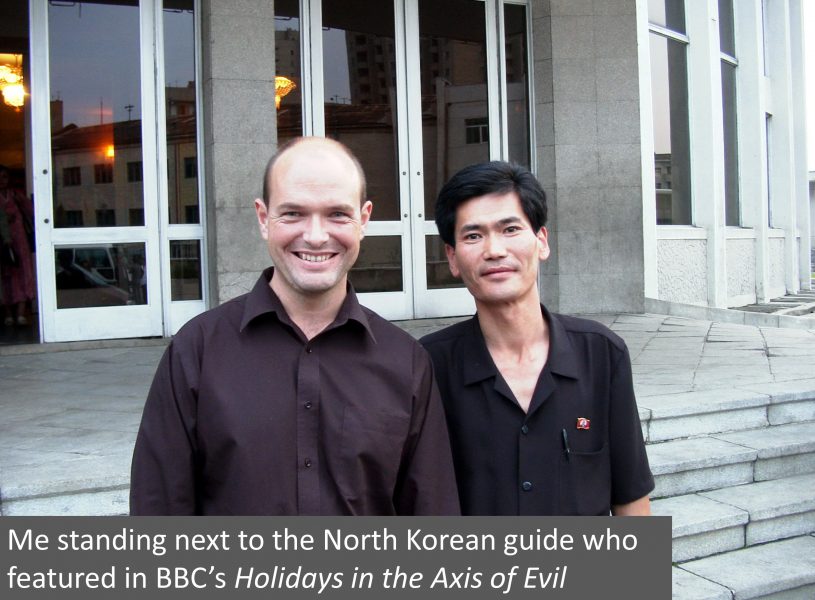 Naturally, what makes some of these places so interesting is that very few of us venture there. Destinations like North Korea, China, Cuba and only recently, Saudi Arabia, have opened their doors to tourism. Except for some of the major cities of China, much of China is still virtually inaccessible to tourists or, at least difficult to access requiring special visas and permission. Last year, a friend of mine visited Altay, a remote corner of northwest China surrounded by Kazakhstan, Russia and Mongolia. Many of the locals treated him like a celebrity as it is clearly not commonplace for westerners to visit this corner of the world. Can anyone imagine that happening in a tourist hotspot like Venice or, worse, Paris? If anything, most of them regard your presence there as a necessary evil and all too keen to separate your hard-earned cash as quickly as possible.

Go where the others do not

To this day, I have vivid memories of these experiences and, I dare say, those of similar mindsets do as well. Now and again, I come across those who adventure into places where most do not, and I always find it a delightful experience when stories about our travels are shared. If you are wishing to do something a little more adventurous and off the beaten track, you don’t have to climb Mt Everest or cycle down the world’s most dangerous road in Bolivia. If you are exploring a town or city, go where the locals go. Explore the outer suburbs. If you are going to a national park or area of significant beauty or interest, wander around the areas off the beaten track.

When you’re next doing a bit of travel, be adventurous and steer away from the madding crowds. There’s a lot of world out there to see and discover, but always remember one thing. Be safe.