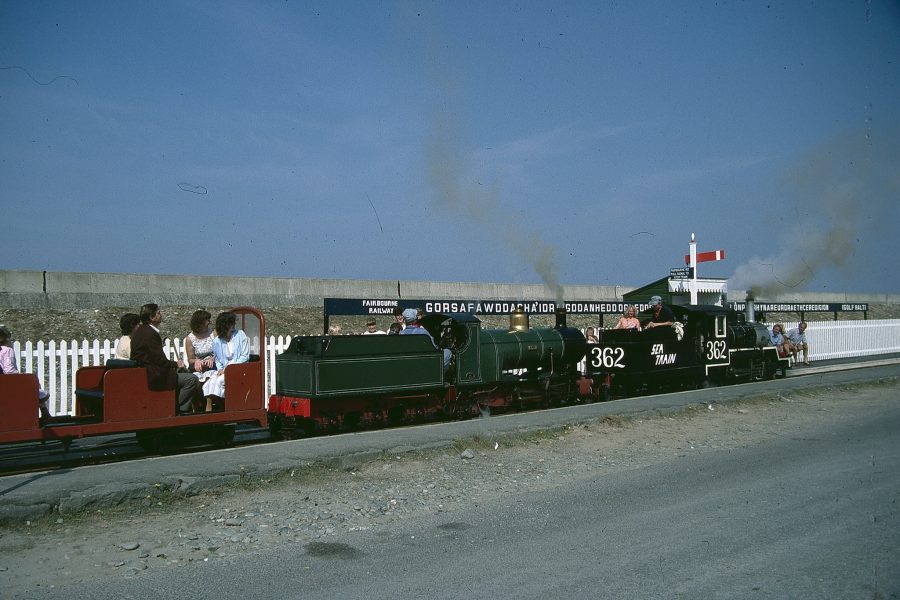 Not content with having such a short name, we decided to outdo the longest station name in the world:  Llanfairpwllgwyngyllgogerychwyrndrobwllllantysiliogogogoch. 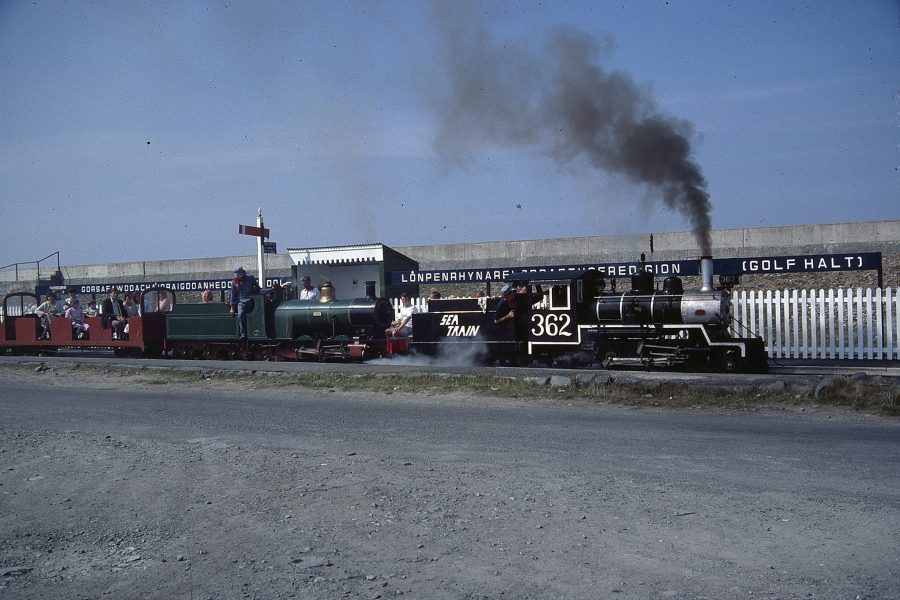 So we decided to call it Gorsafawddacha’idraigodanheddogleddollônpenrhynareurdraethceredigion which translates roughly to: the Mawddach station and its dragon’s teeth along the Penrhyn Road along the golden shores of Cardigan Bay. It was purely a publicity stunt and since then, been removed by the new owners. 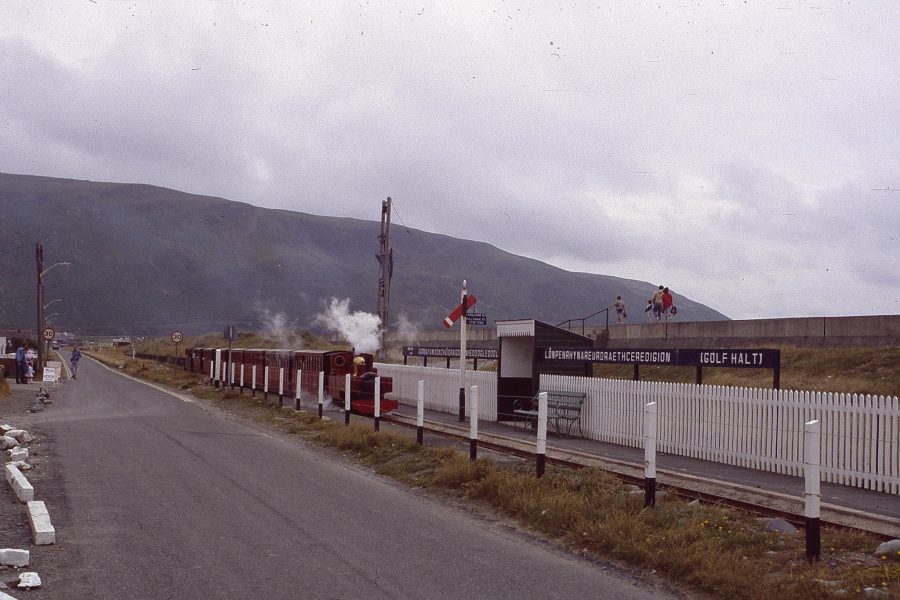 I remember John using his trusty jigsaw cutting out each of the 67 odd letters used! 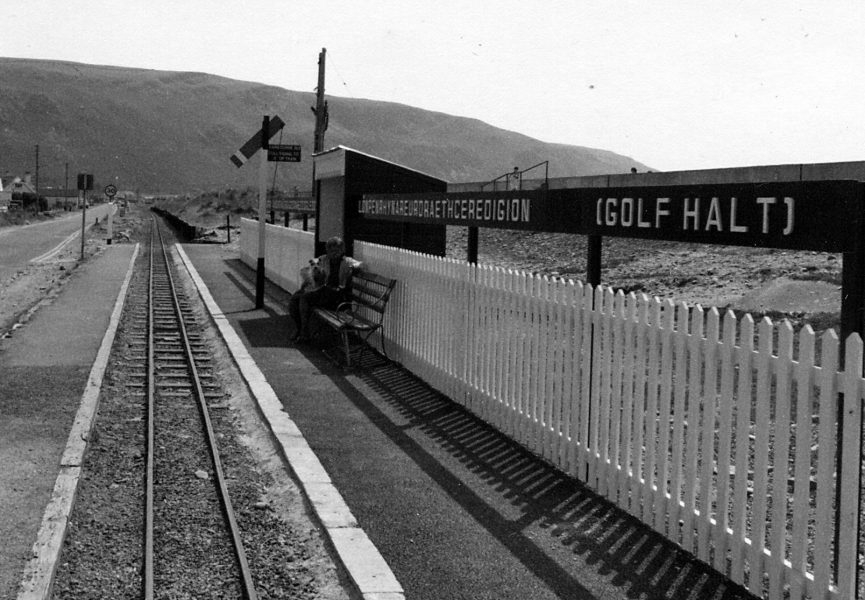 It was usually me who got picket-fence painting duty. And there were lots of them! 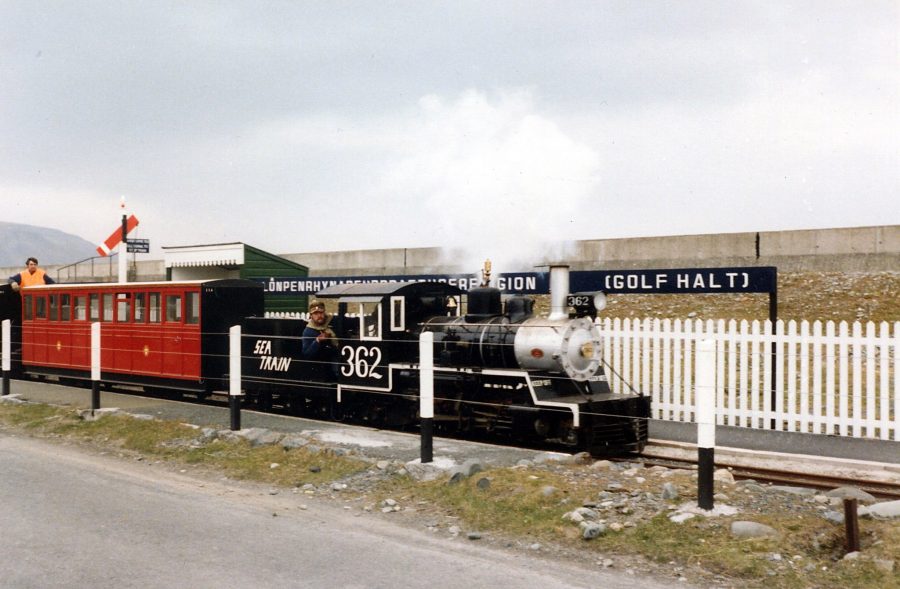 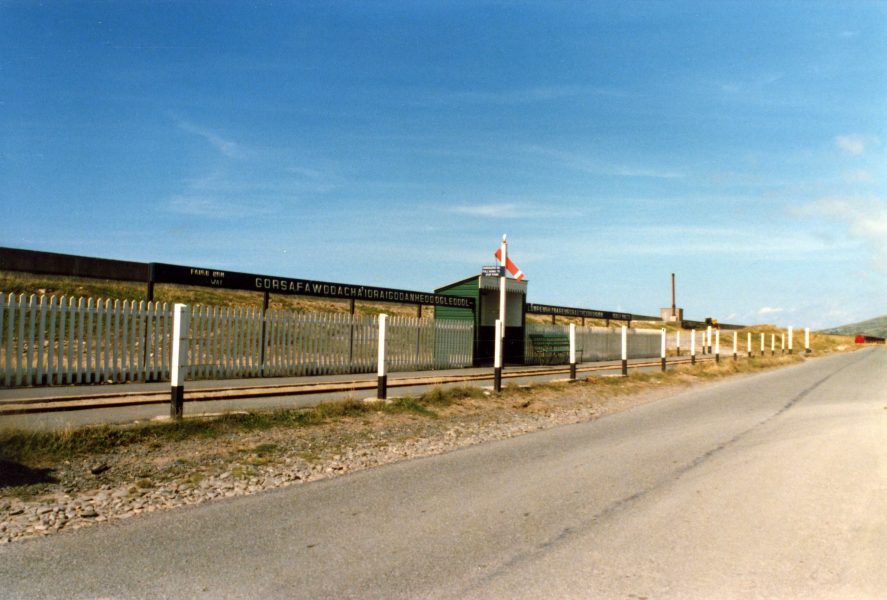 Before we had boring computerised tickets, we had an extra special long ticket for Golf Halt. It was as long as a 12″ ruler! I wish I still had one! 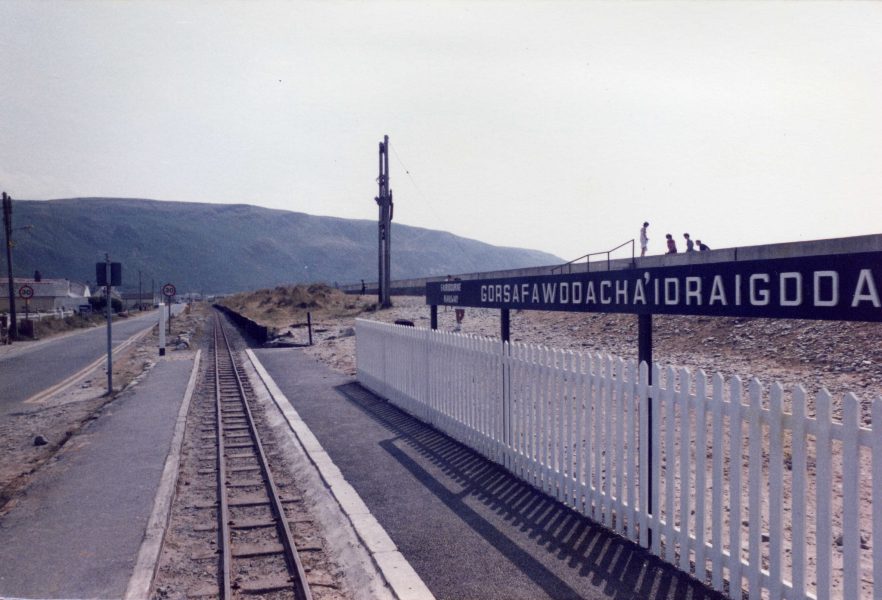 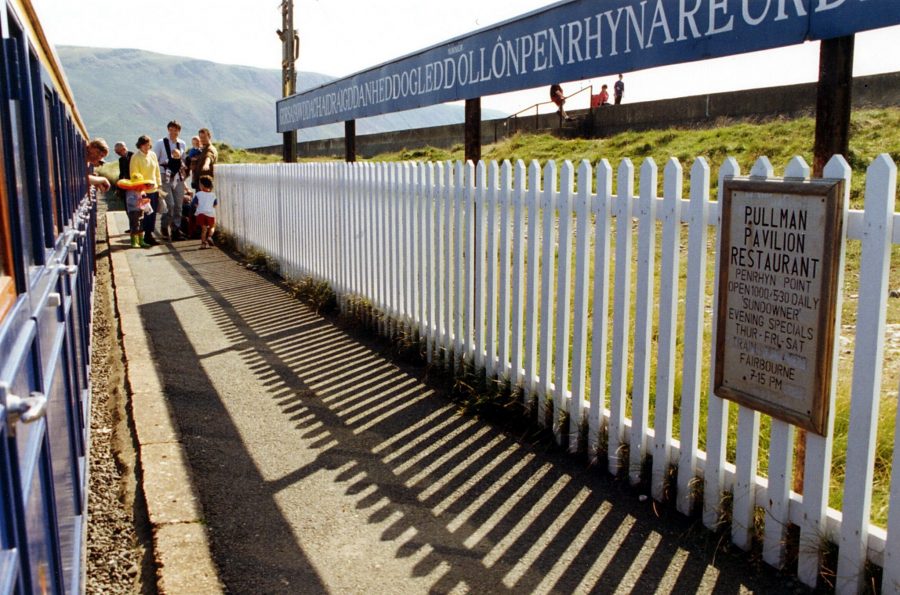 The wooden letters began to rot and fall off, so we had to get a professional signwriter involved. Nothing survives for long in this maritime environment! 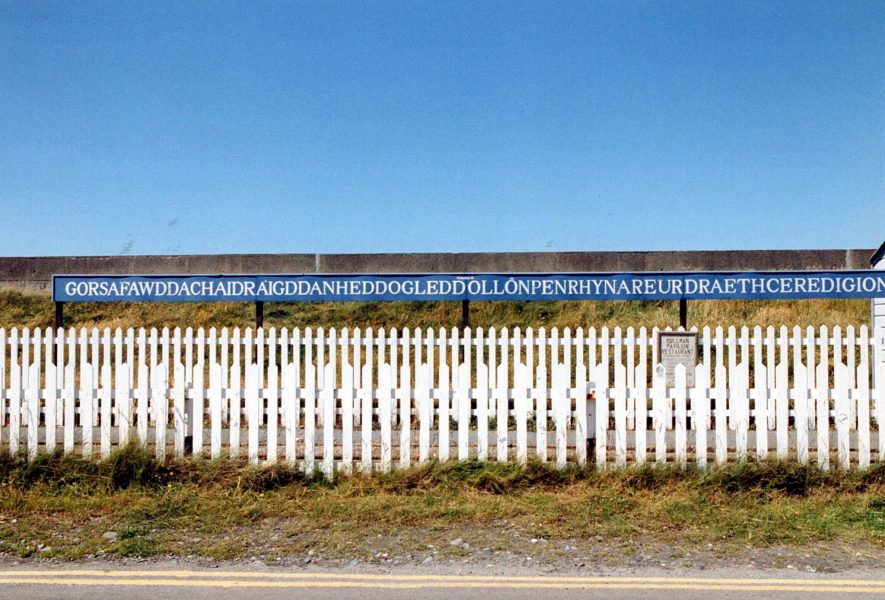 Not the best photo getting cut off at the end