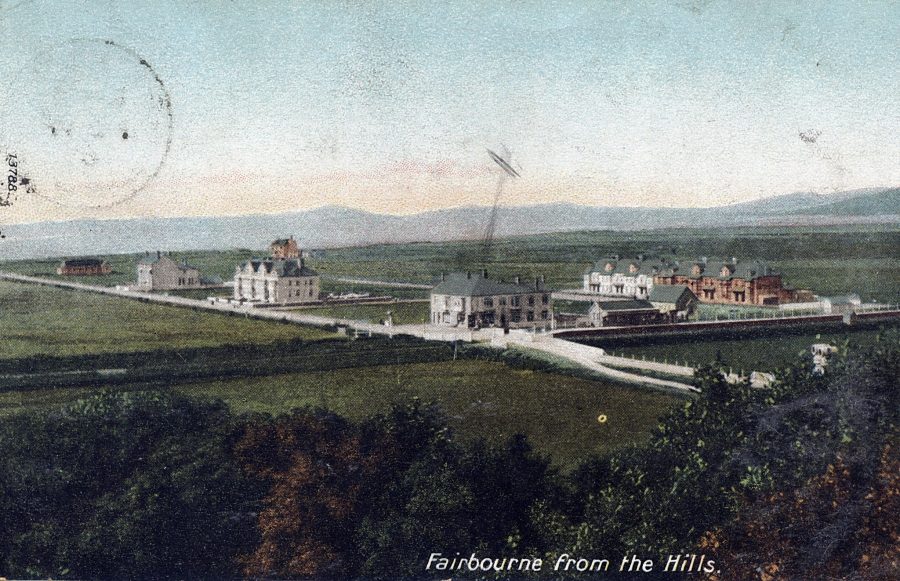 A horse tramway was built to carry materials to the sites 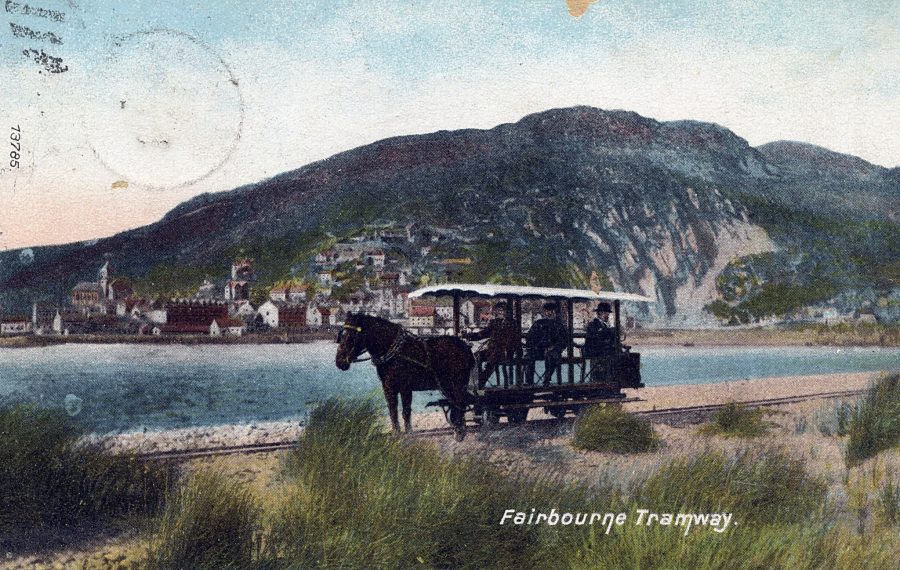 Circa 1900. Before long the tramway was also used to carry passengers to the Barmouth Ferry. 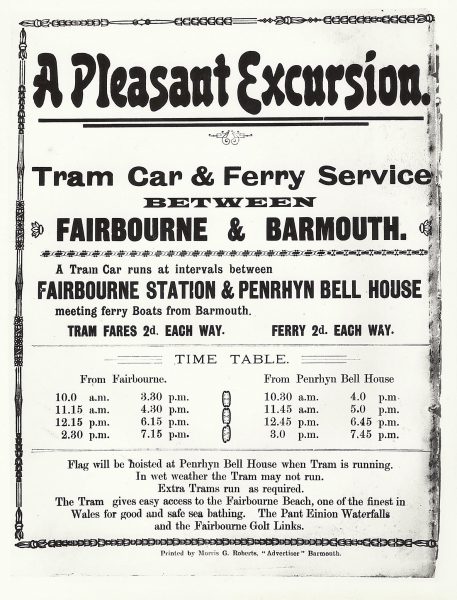 An old timetable with prices of 2 pennies each way on the tram and the ferry. 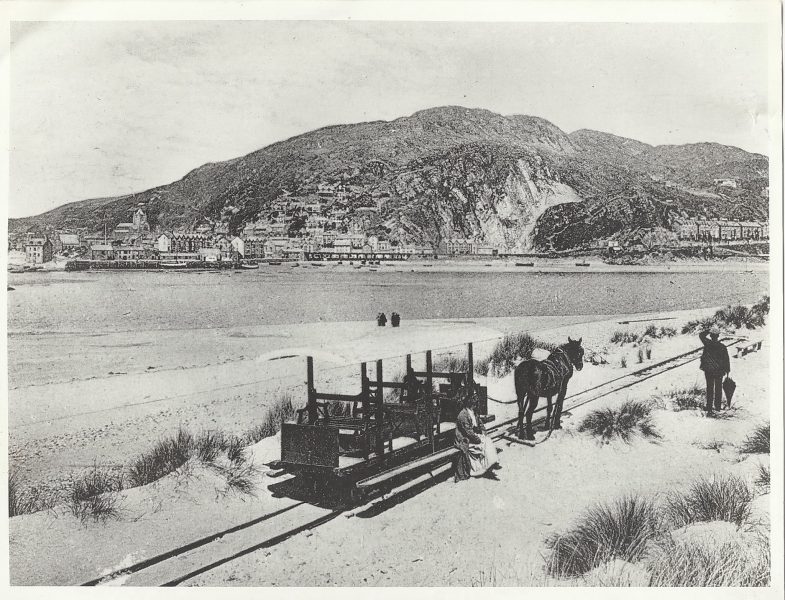 Horse-drawn 2-foot gauge tramway. Approaching the end of the line at Ferry Station. Circa 1900 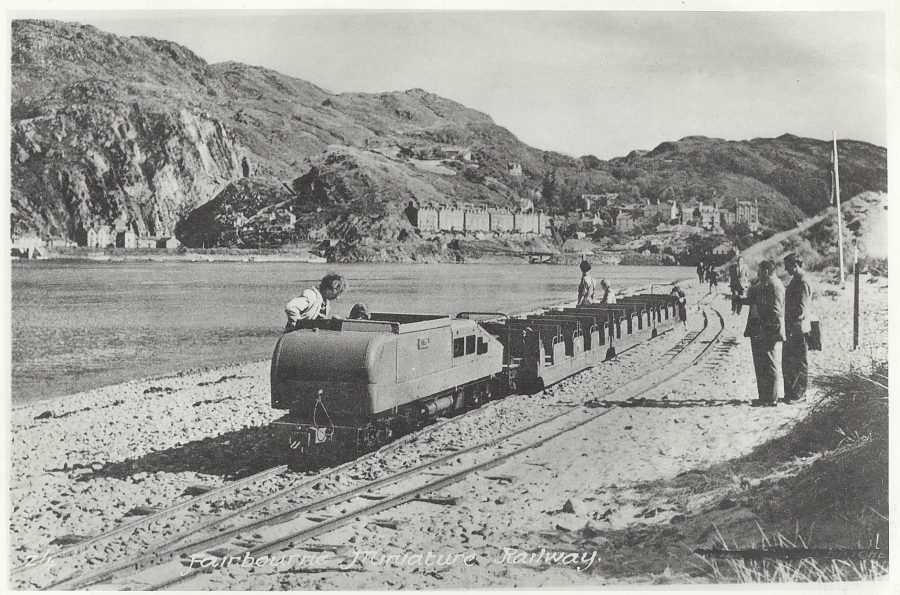 Circa 1952. The original Dingo before it was completely rebuilt into a larger loco. 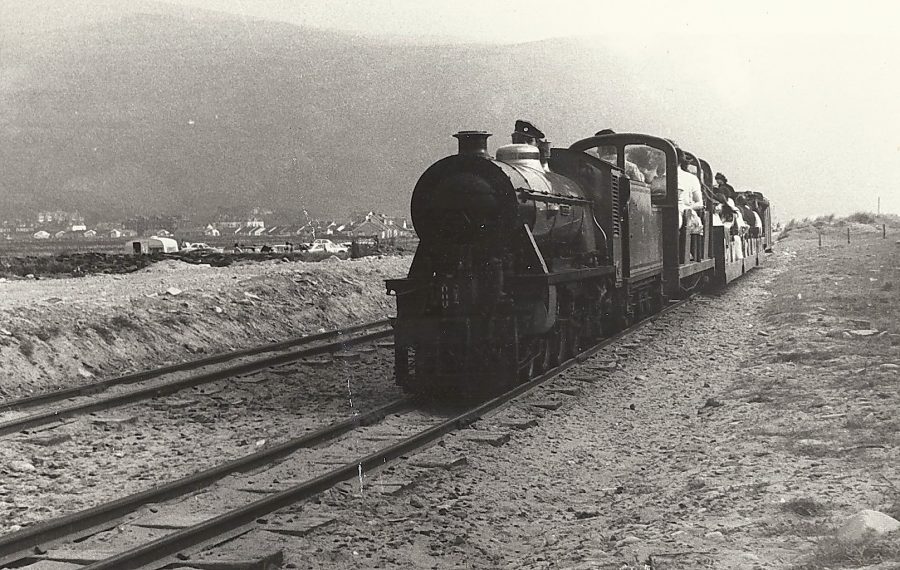 In 1916, the horse tramway was converted to steam. Using miniaturised replicas of mainline locomotives, it became the Fairbourne Miniature Railway, with a gauge of 15 inches. 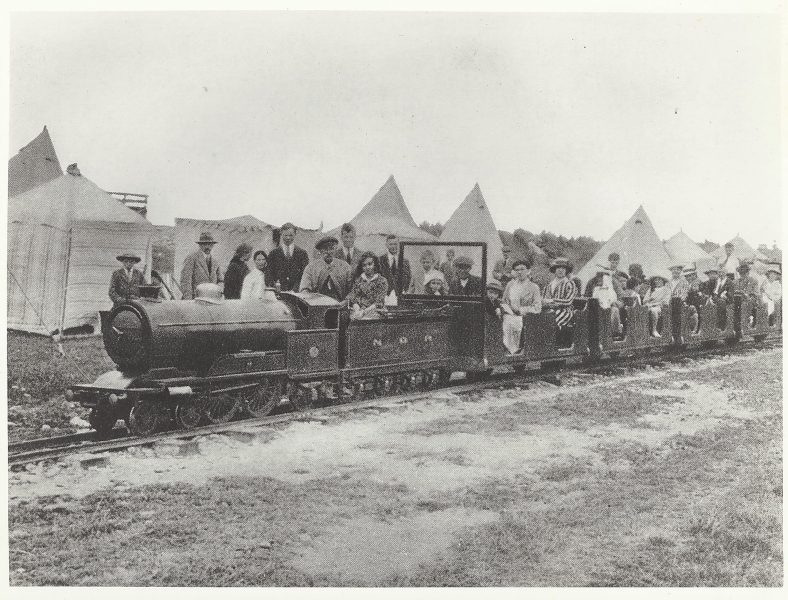 Prince Edward of Wales by Bassett-Lowke during 1916 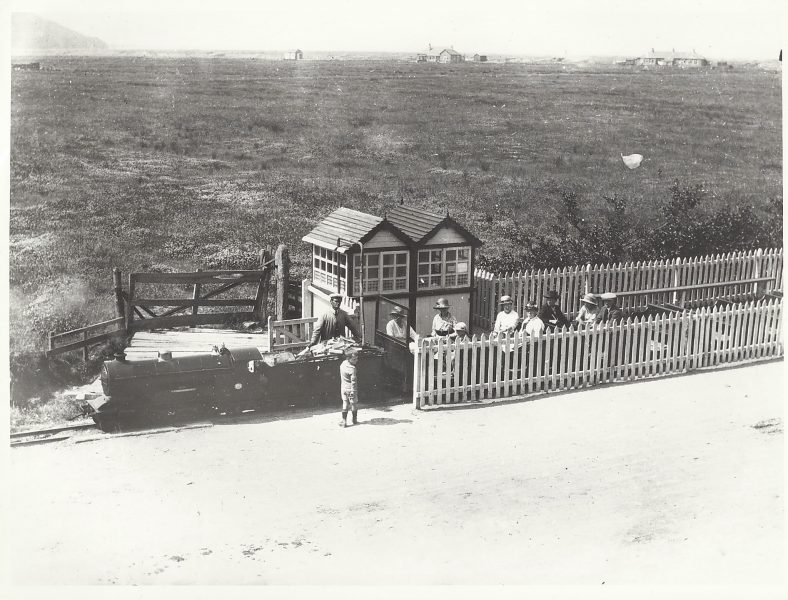 All the area behind has since been built up with houses. 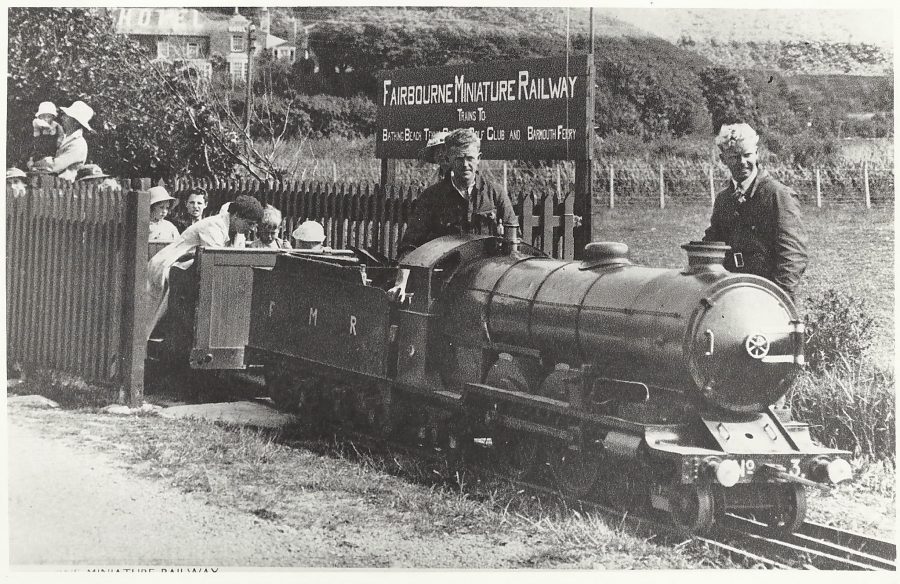 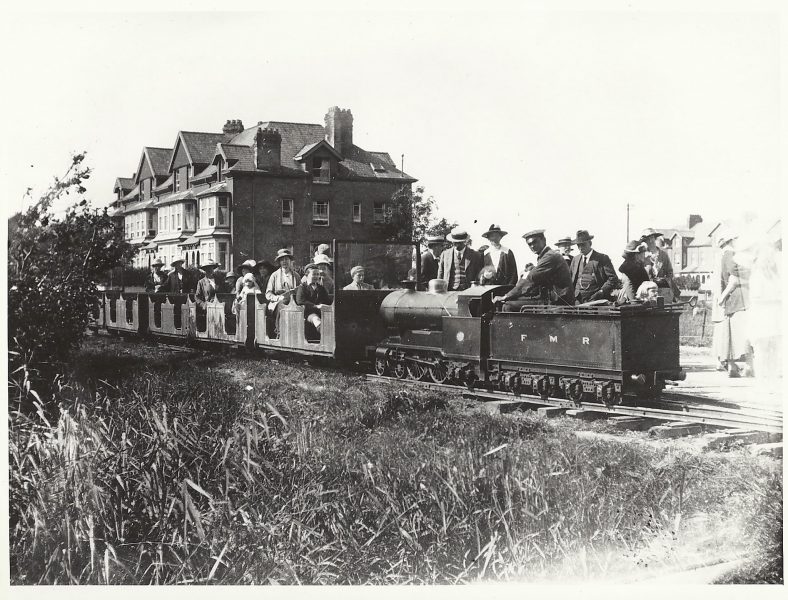 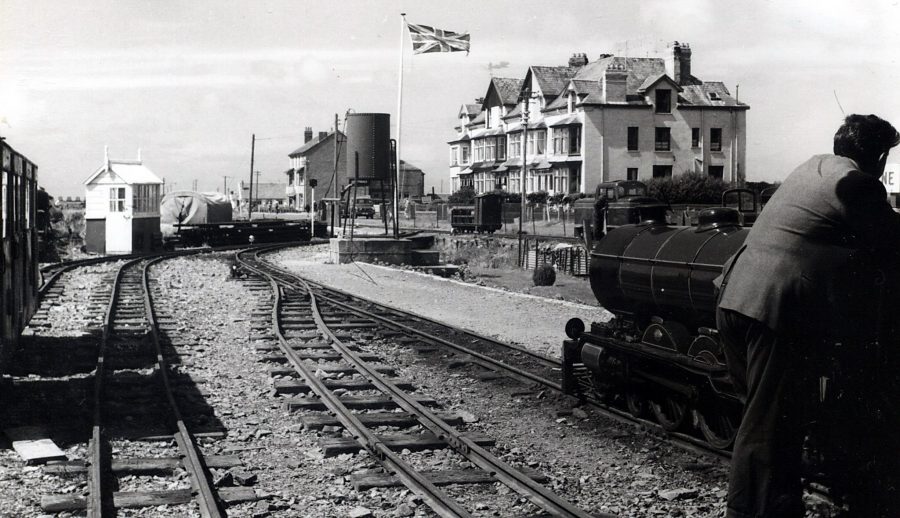 At the main terminus 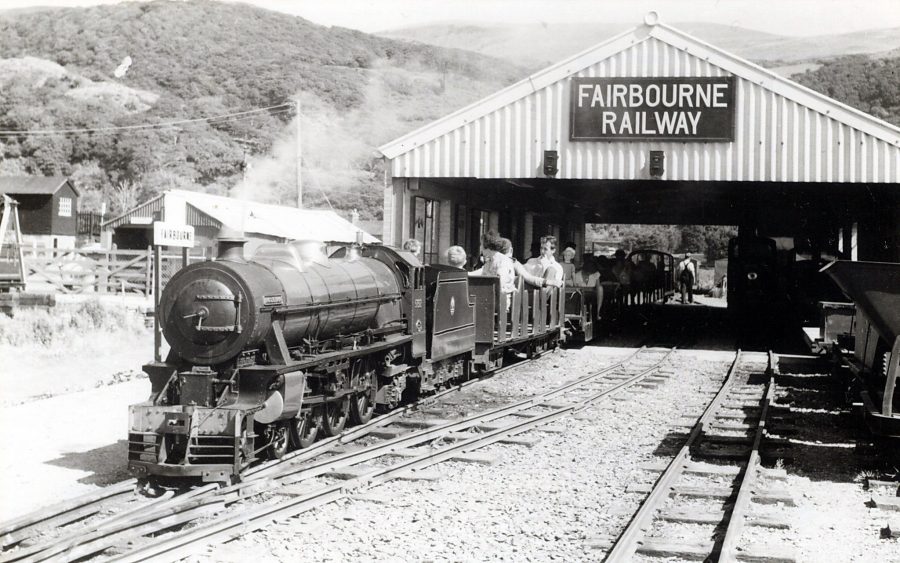 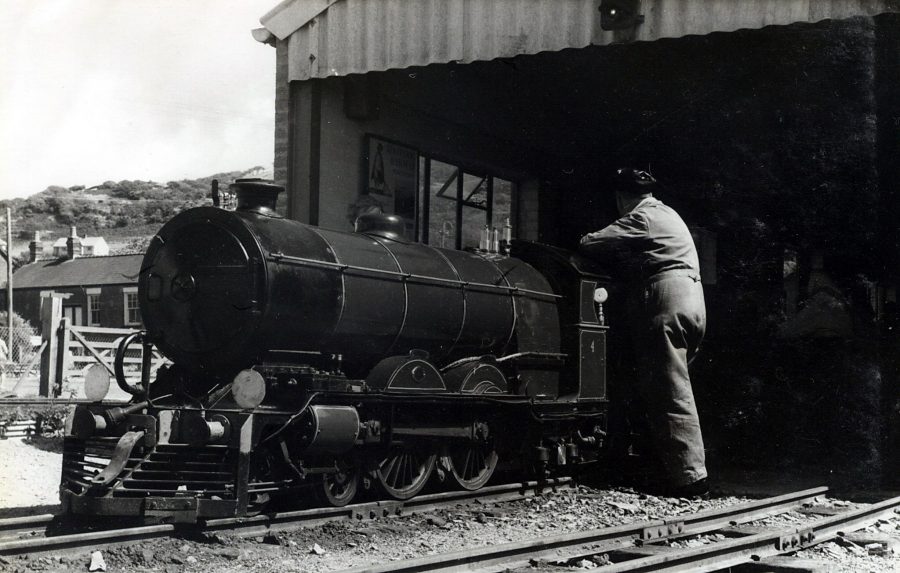 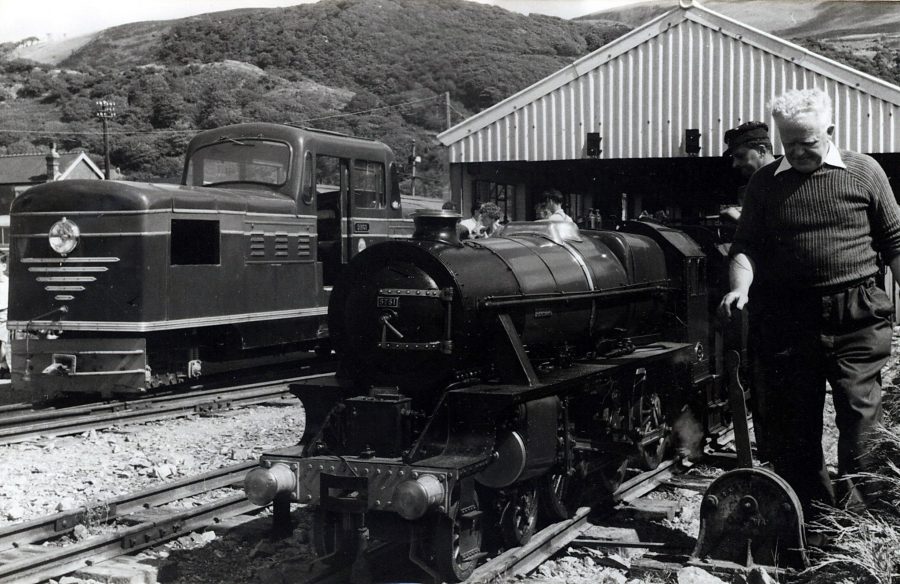 Prince Charles with Dingo behind, 1961 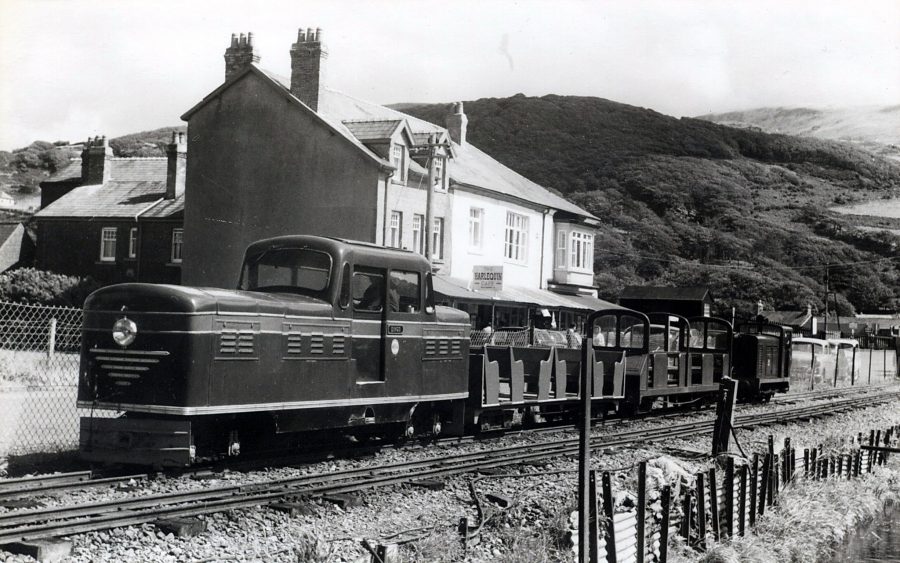 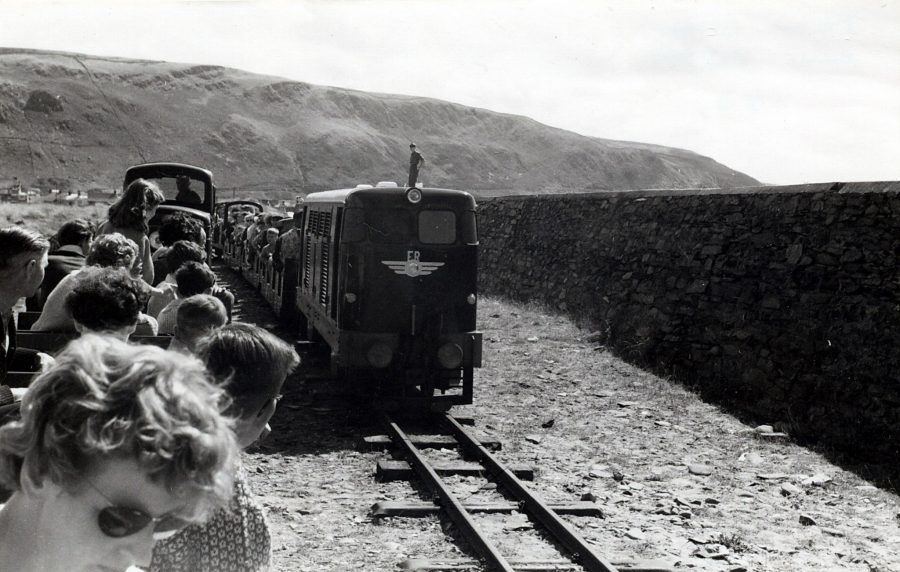 Sylvia and Dingo at the Passing Loop, 1961 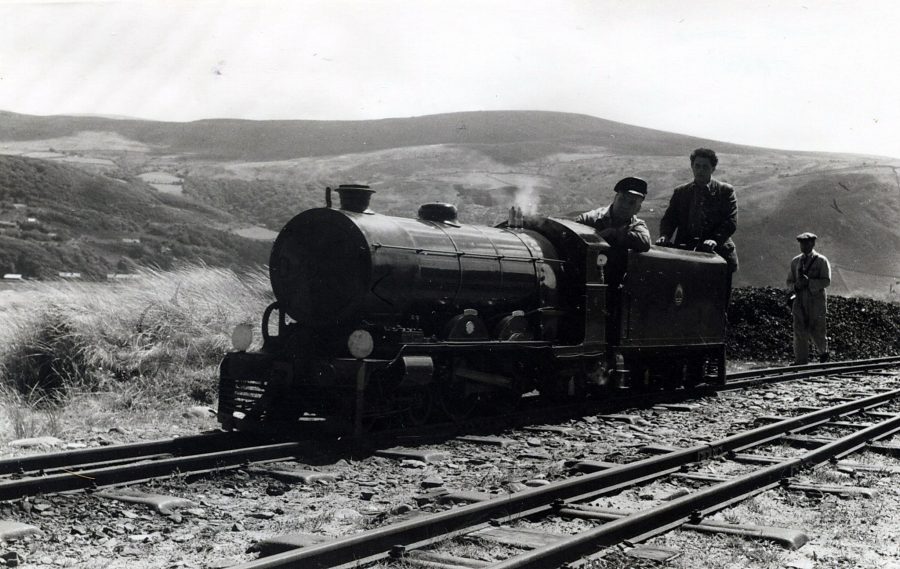 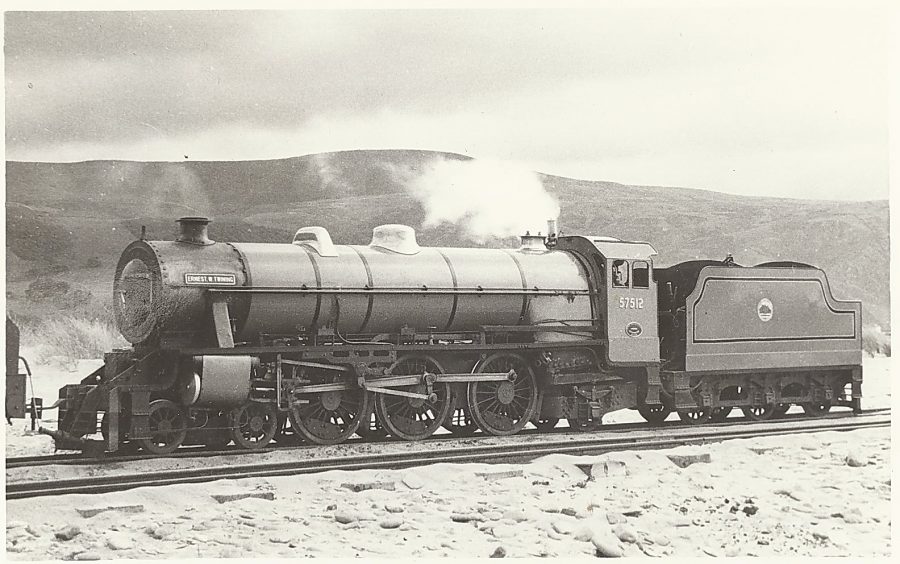 Ernest W. Twining at the end of the line at Ferry Station. 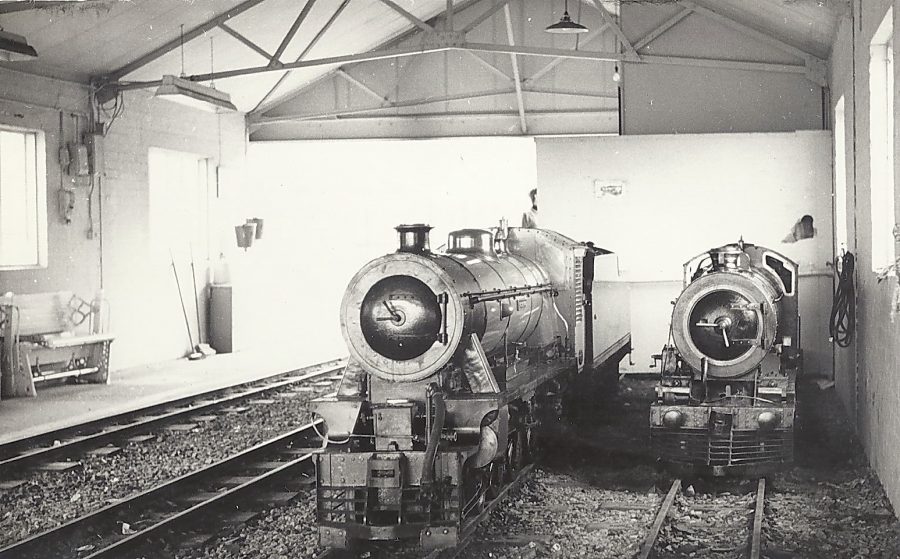 Locos at rest in the station building 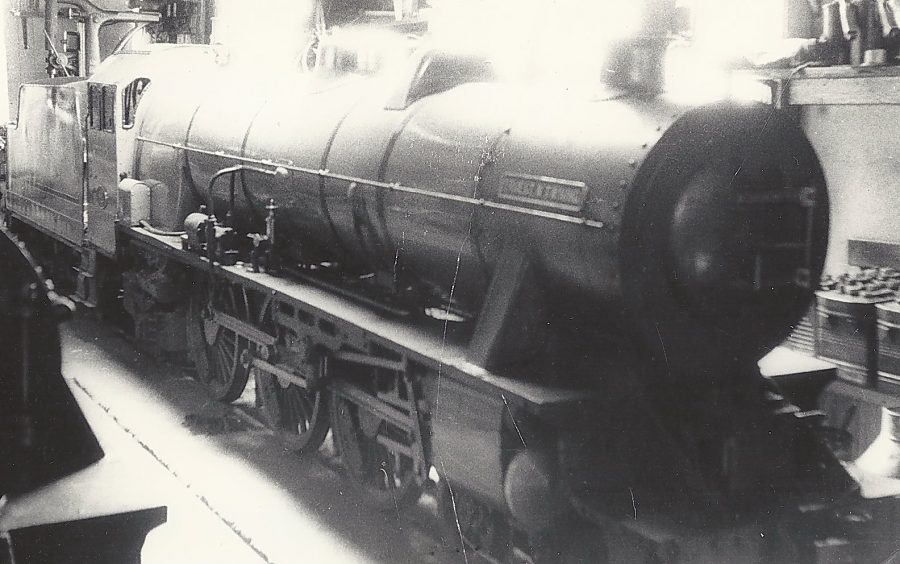 Ernest W. Twining in the workshop 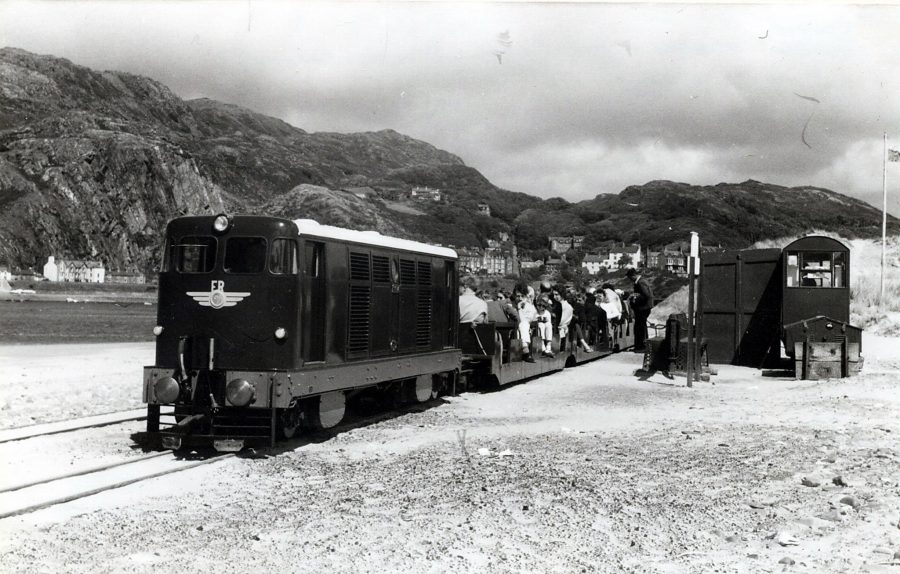 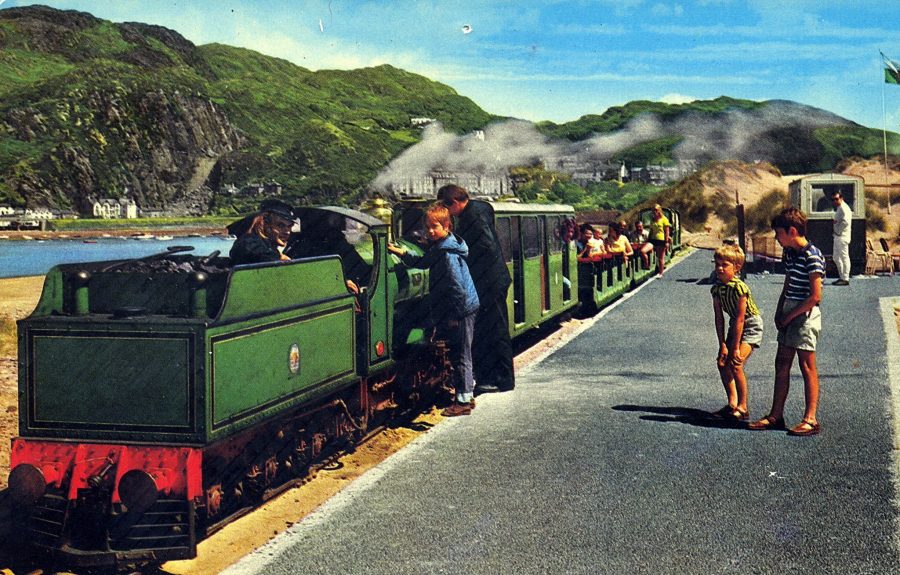 This is how it looked in the early ’80s