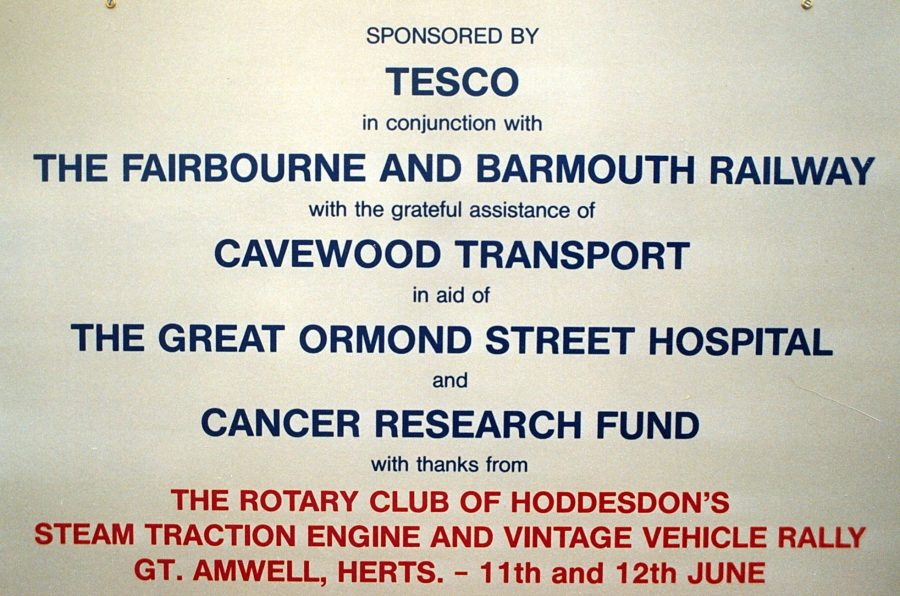 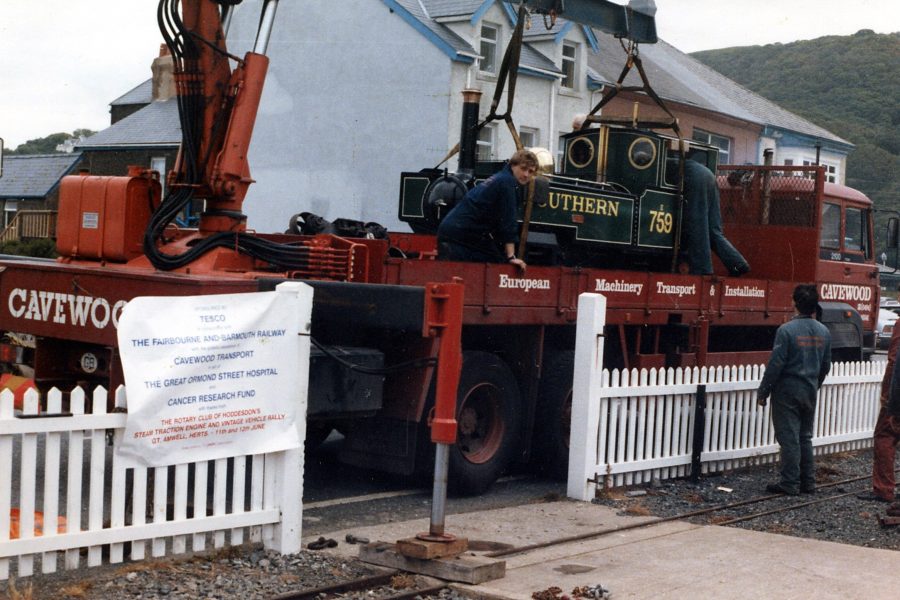 Taking Yeo and three carriages down to a steam rally at Great Amwell in Hertfordshire was not entirely charitable, though it did yield £2000 for the hospital. At the time, we hoped to build a railway in the Lea Valley Park, and the visit was hoped to create enthusiasm among the locals. However, funds again dried up. 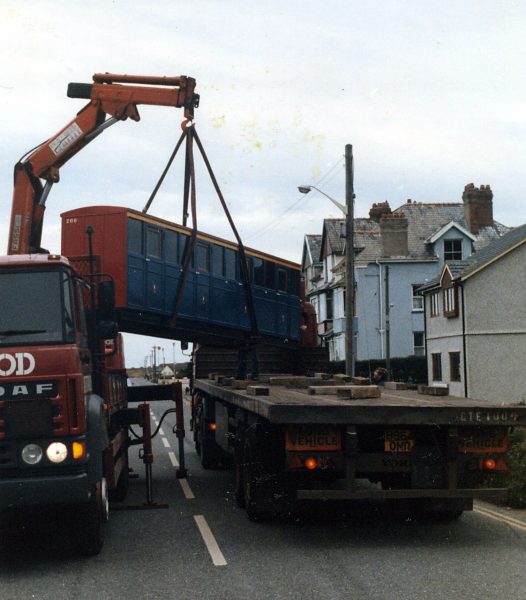 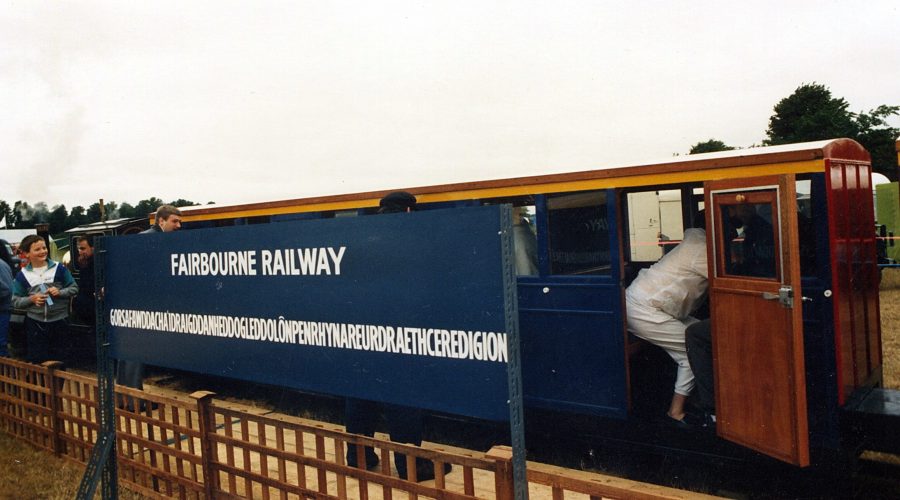 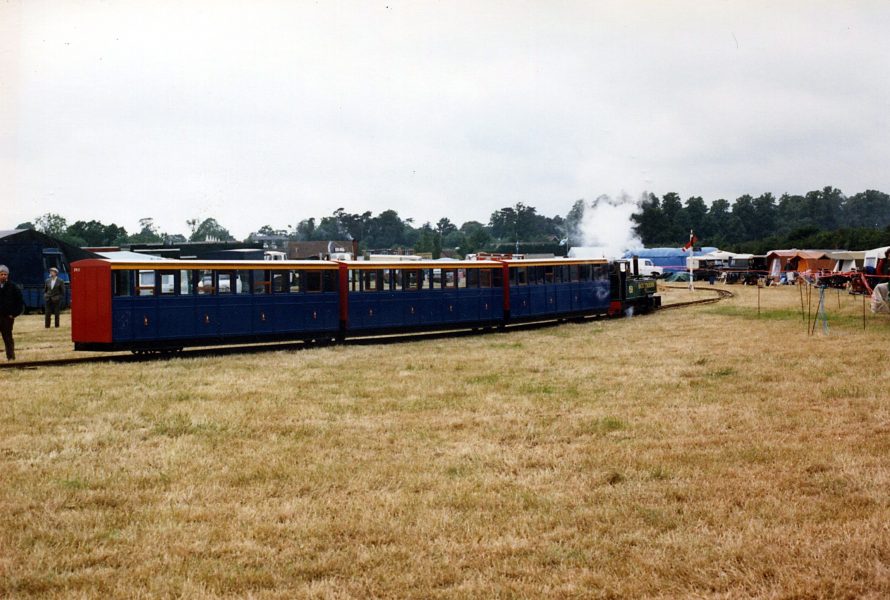 The train running on one third of a mile of temporary track. 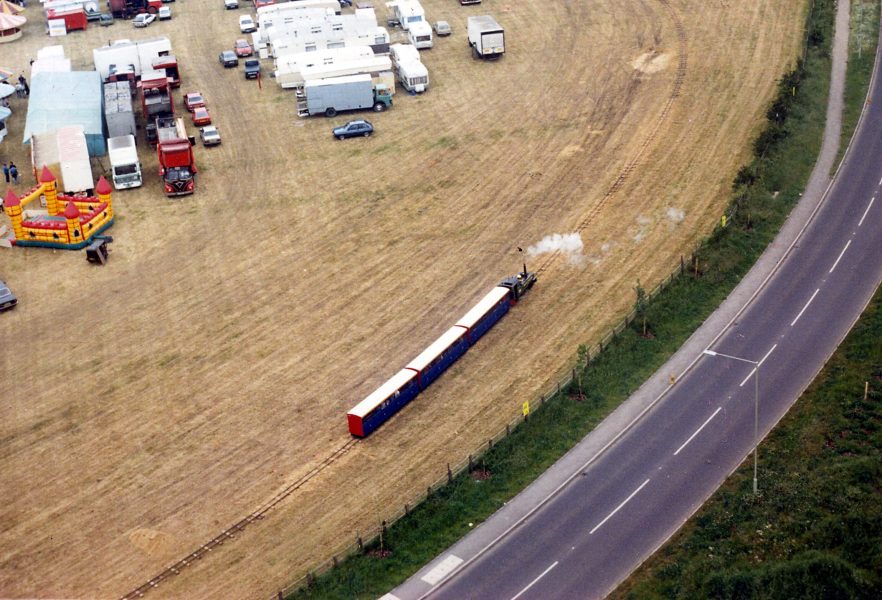 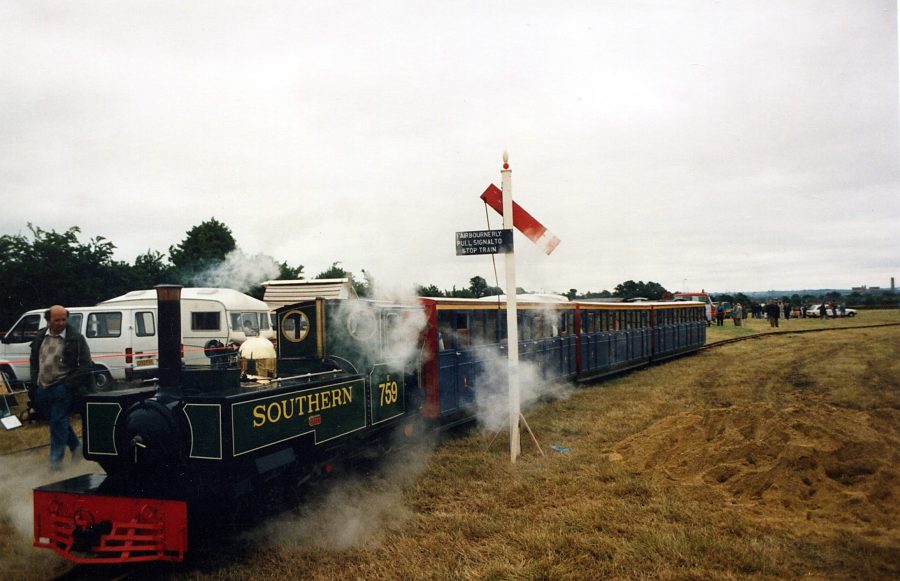 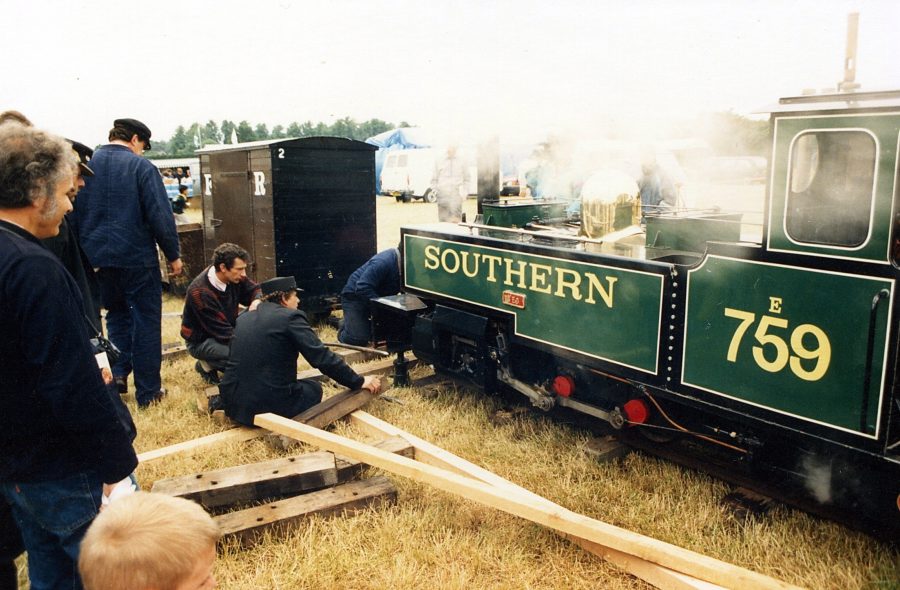 Laid on grass, a derailment was not surprising, but there was only one. 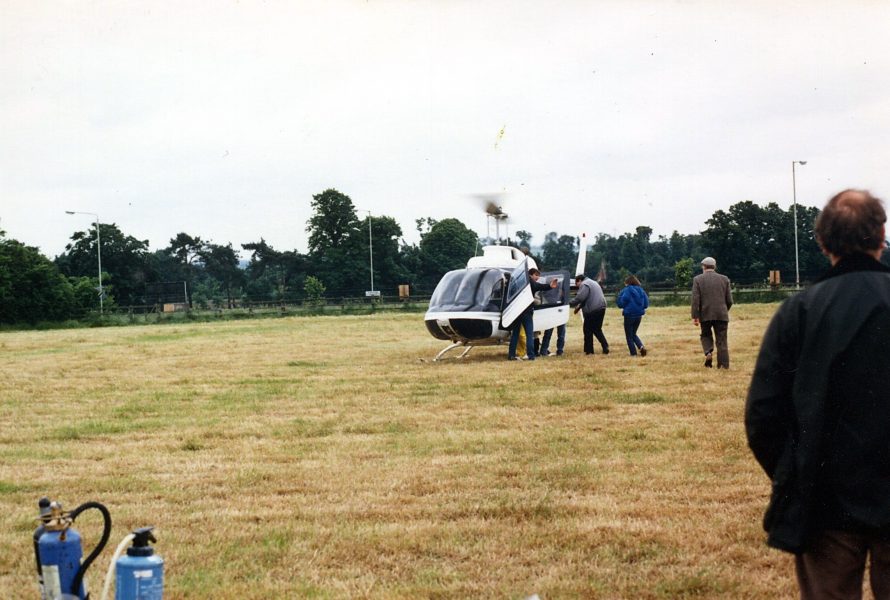 John and Sydney had a look at the Lea Valley from a helicopter. 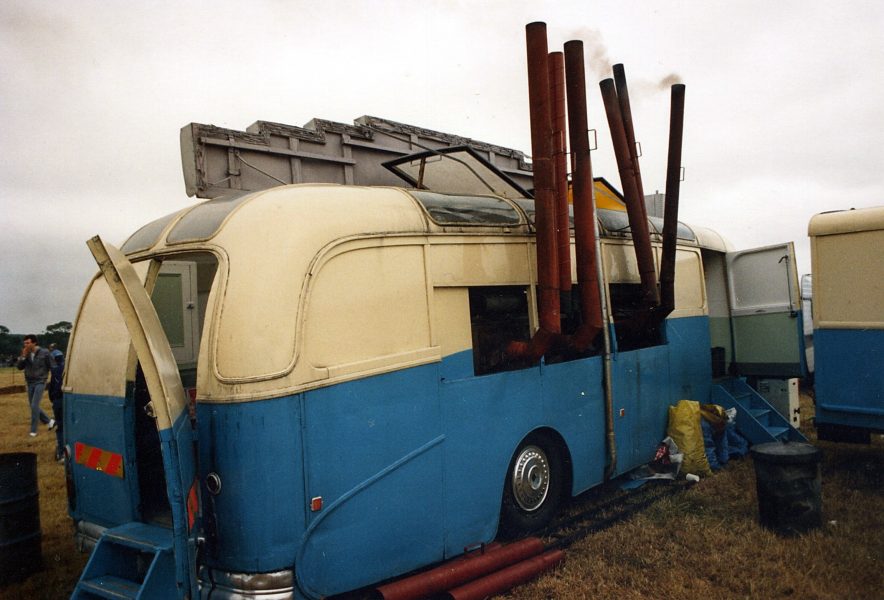 A quite remarkable fish and chips van. 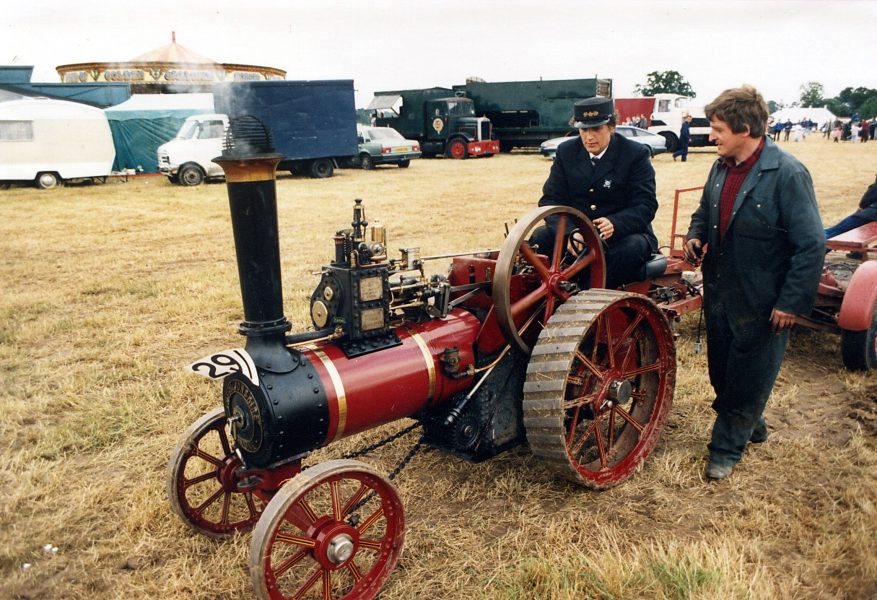 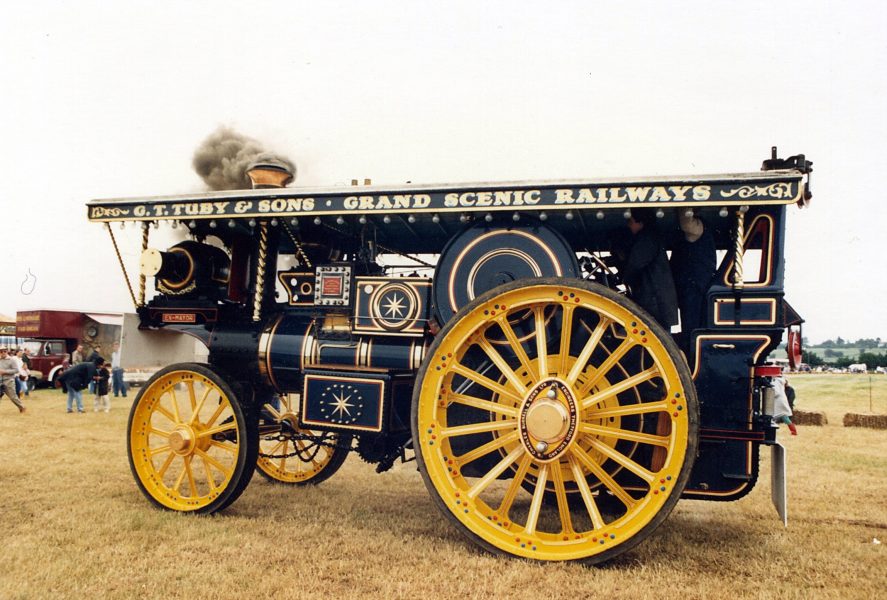 A superb showman’s engine at the rally.