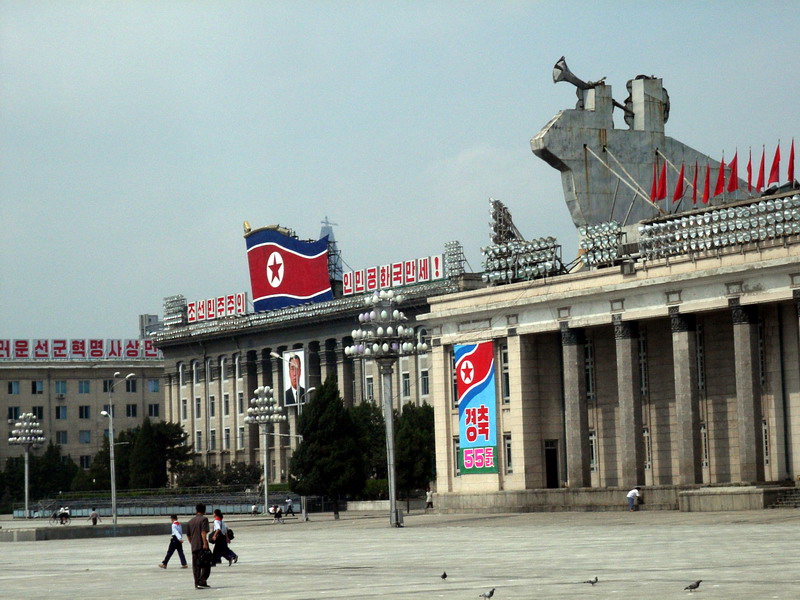 Kim Il Sung Square
Actually, to me, that sculpture on the roof with the bugle looks like a giant rabbit! 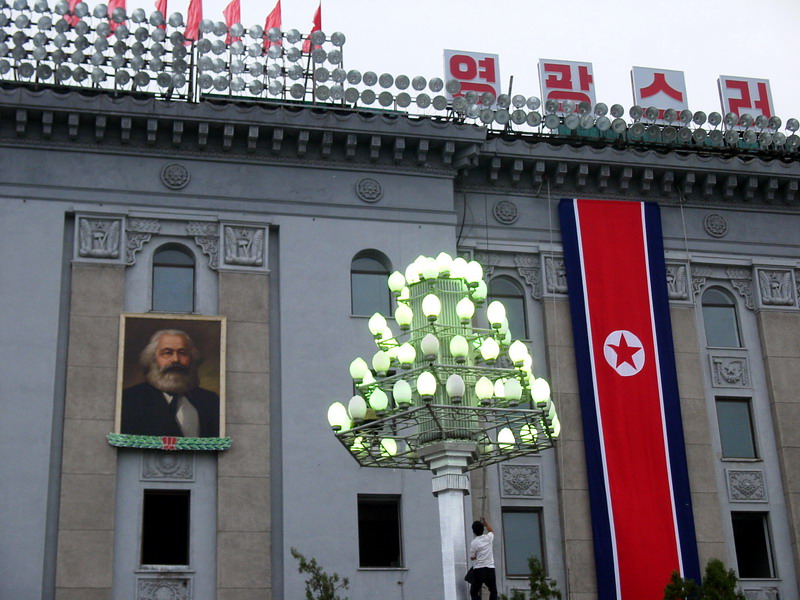 Karl Marx at Kim Il Sung Square
Does this place really exist? I felt like I was in some bizarre movie set. 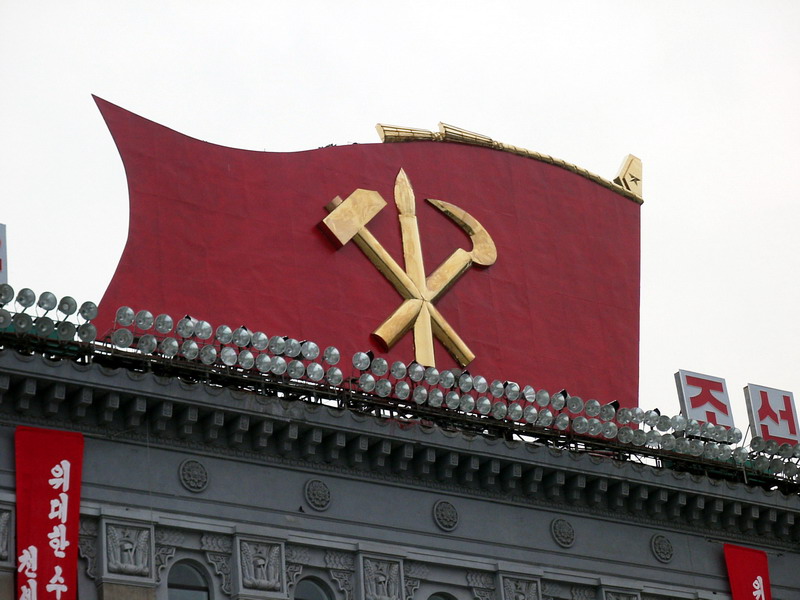 Hammer, brush and sickle
Note the Juche brush added to the Hammer and Sickle. 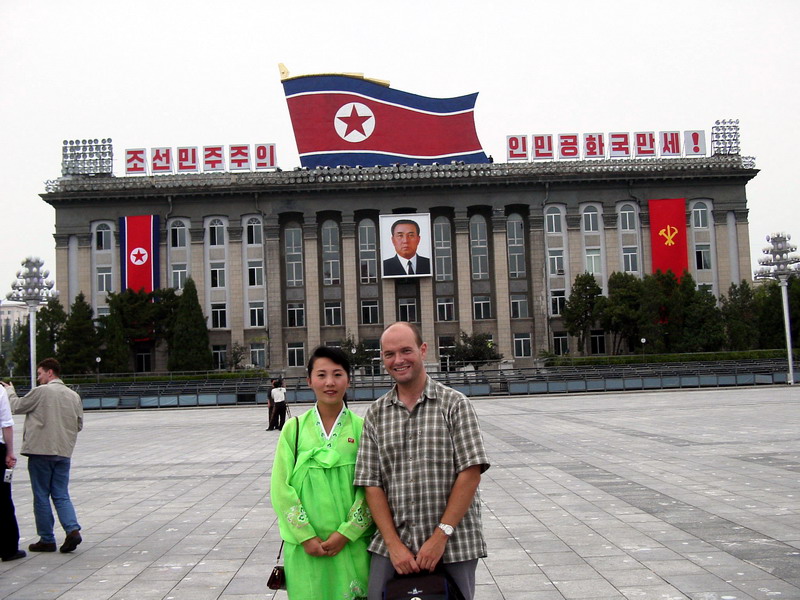 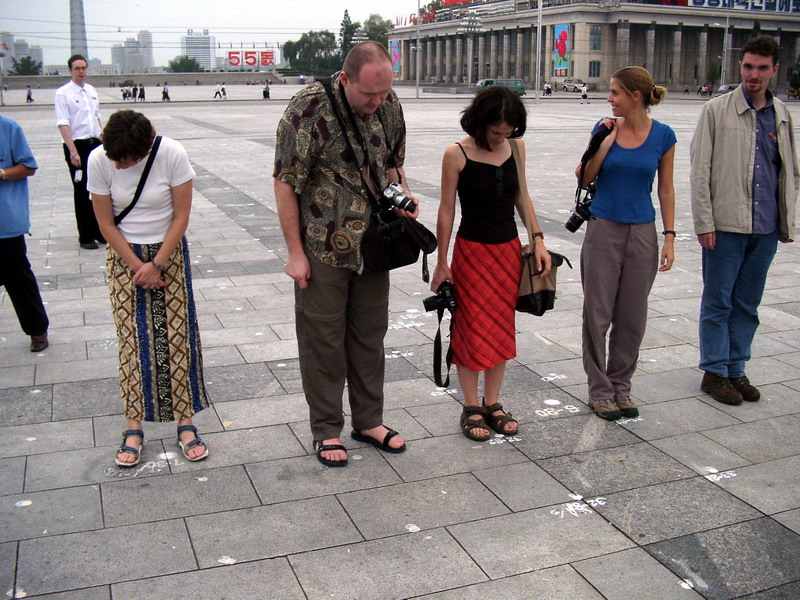 Spots on the square
All the spots have been painted on the square for the big parade the next day. They are used to aid those who are marching. 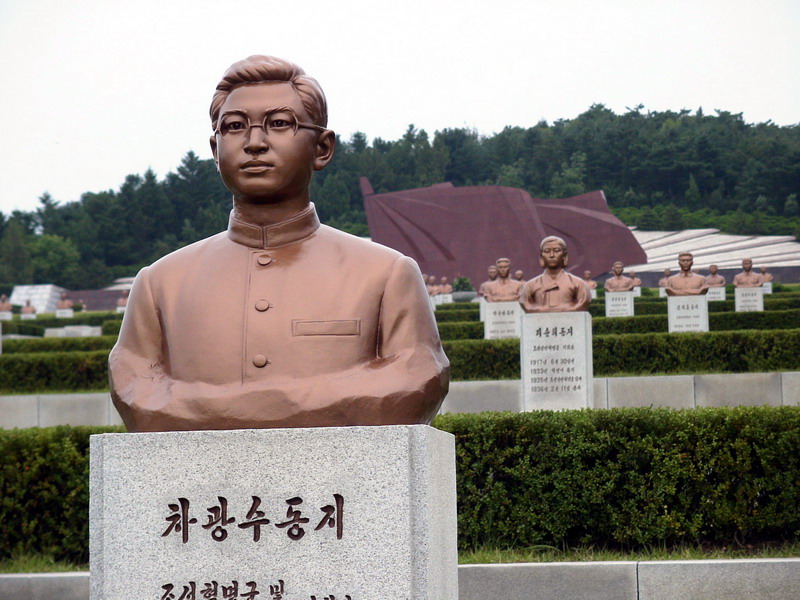 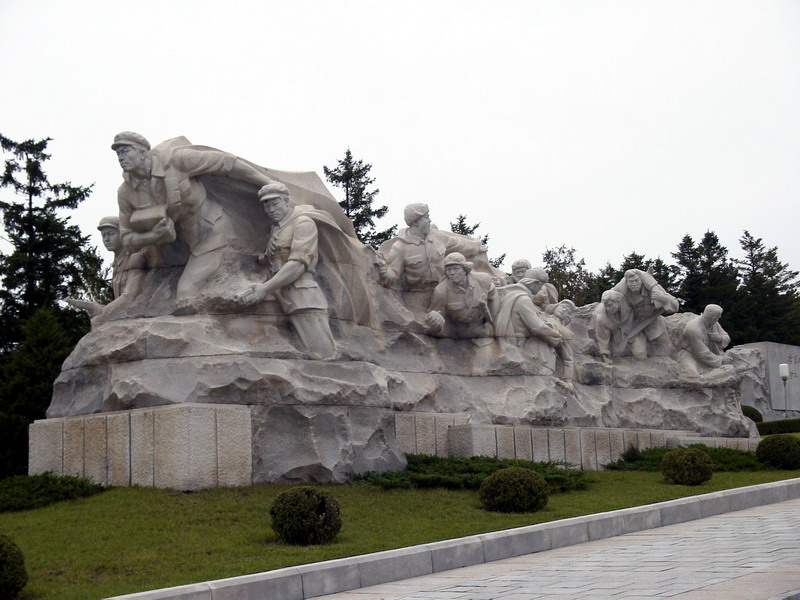 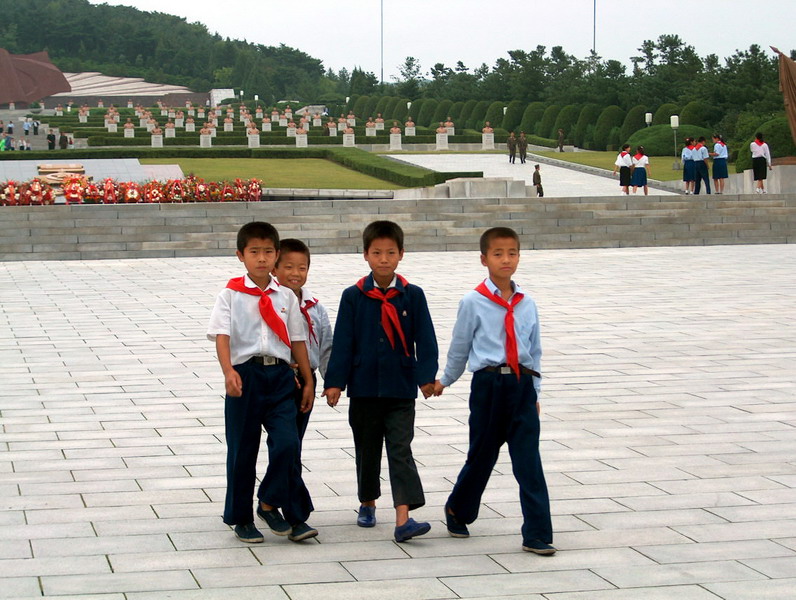 At the Martyr’s Cemetery 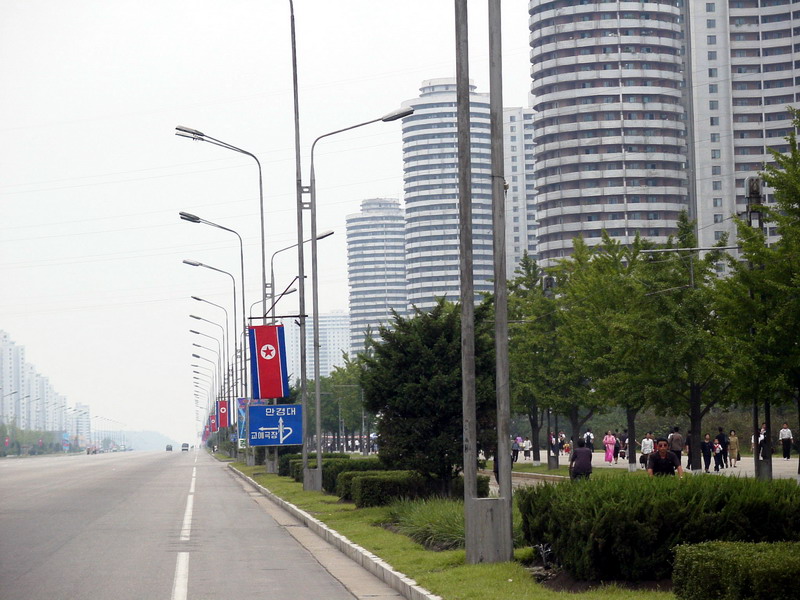 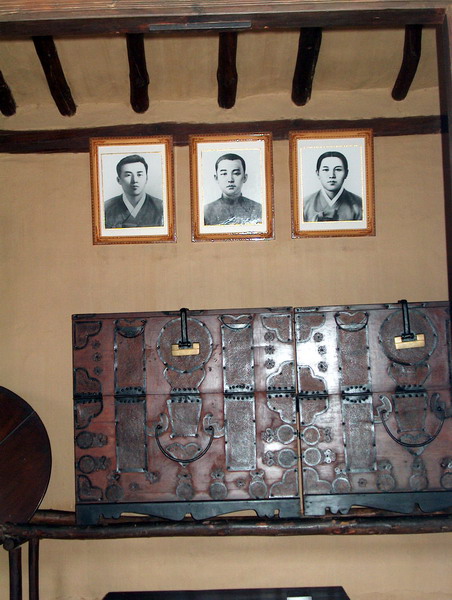 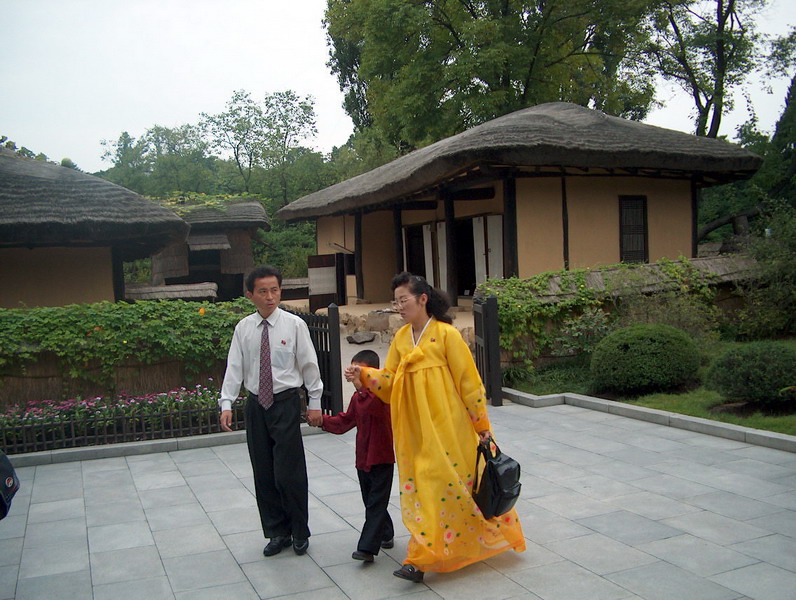 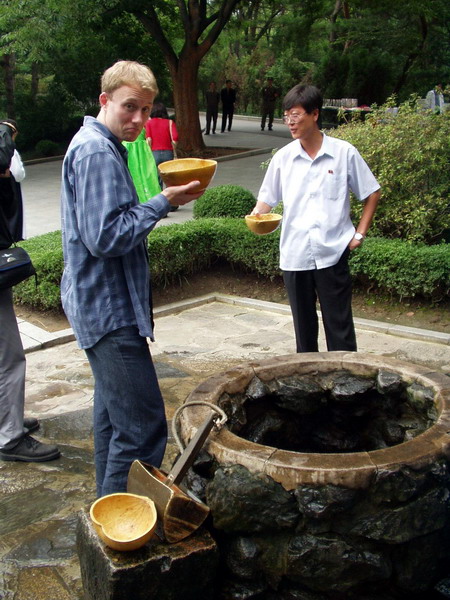 Iain and Mr Kim drink out of a gourd
It is rumoured that drinking out of this gourd will add 10 years to your life. 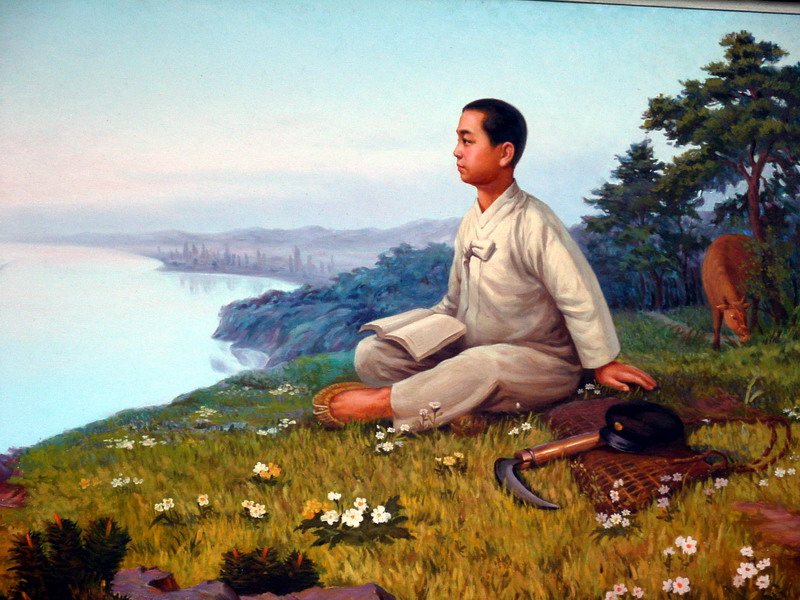 Portrait of young Kim Il Sung
This giant portrait is located near his birthplace. 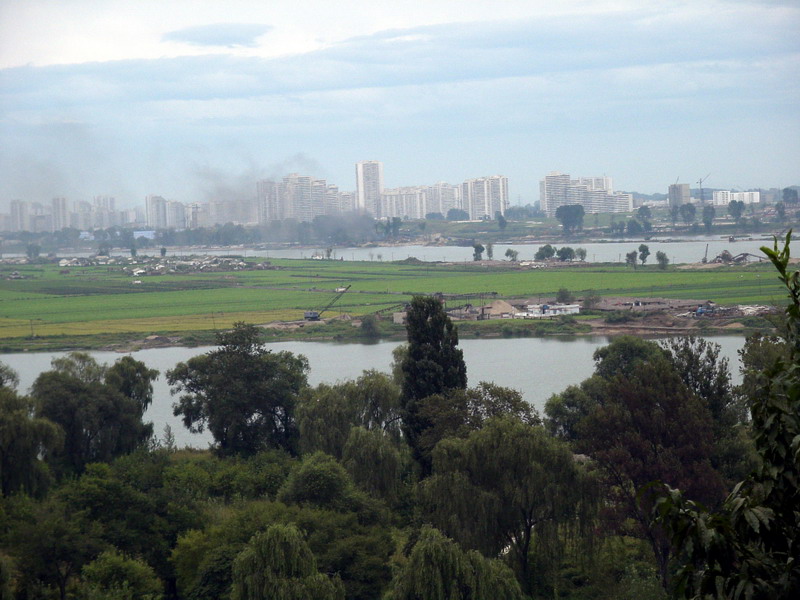 View of Pyongyang from Mangyongdae 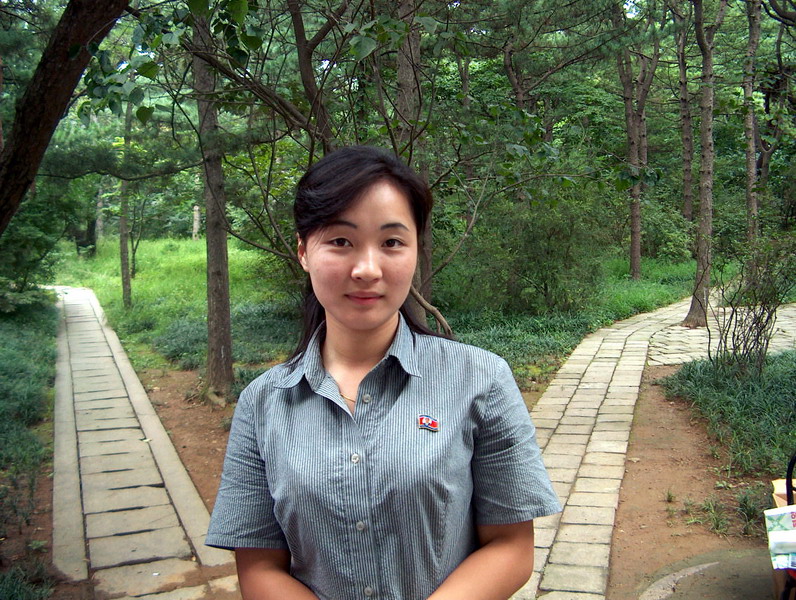 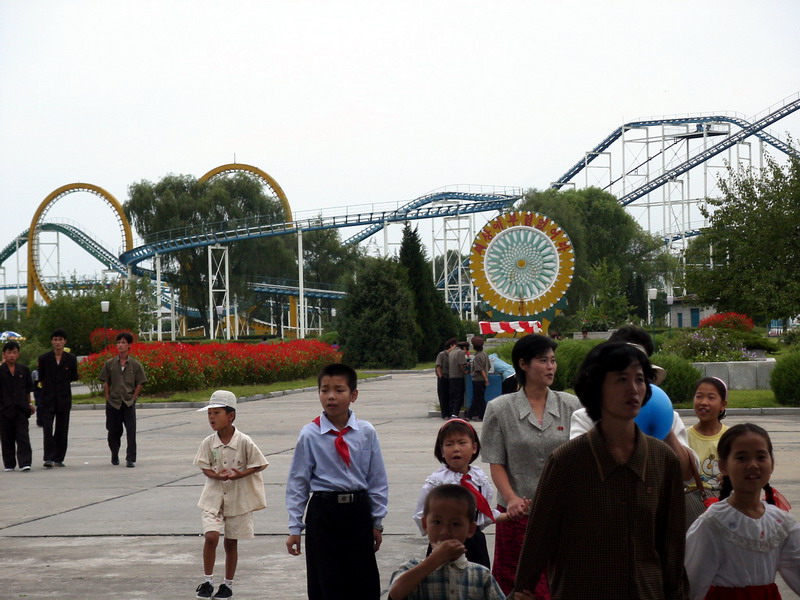 Pyongyang Amusement Fairground
Pyongyang has a couple of amusement parks, both with roller coasters. 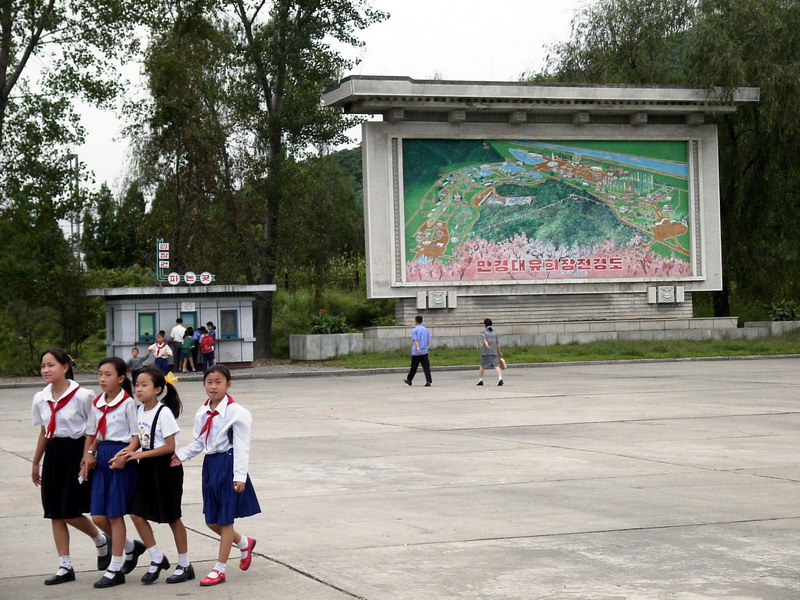 Schoolgirls at the fair 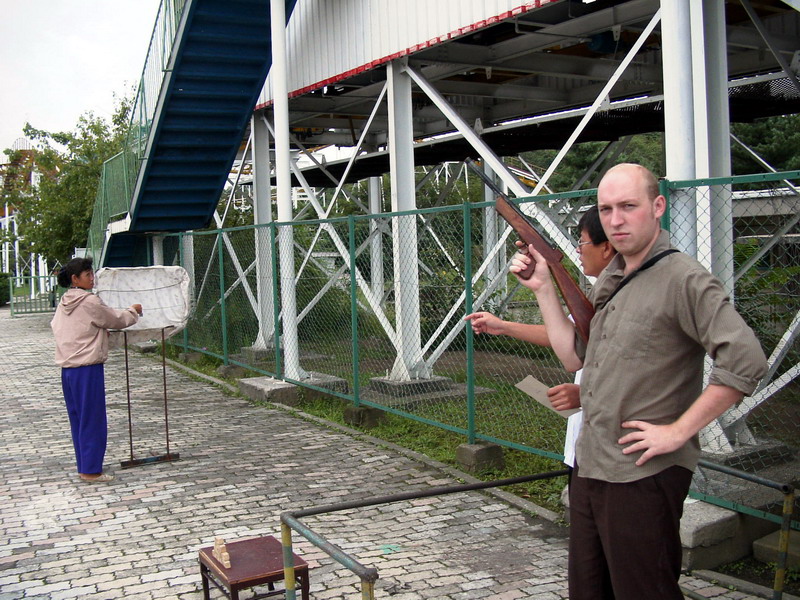 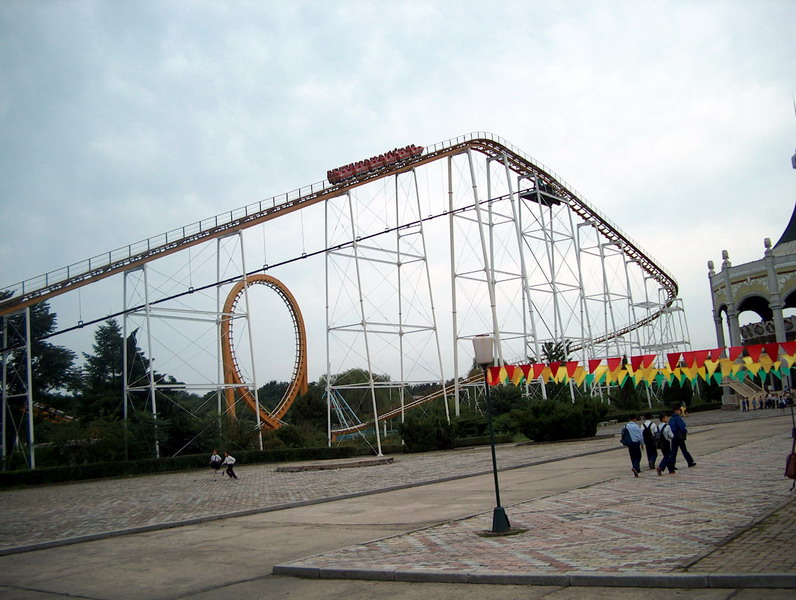 I was on this rollercoaster ride!
I was the only one in the group who dared go on a North Korean rollercoaster. 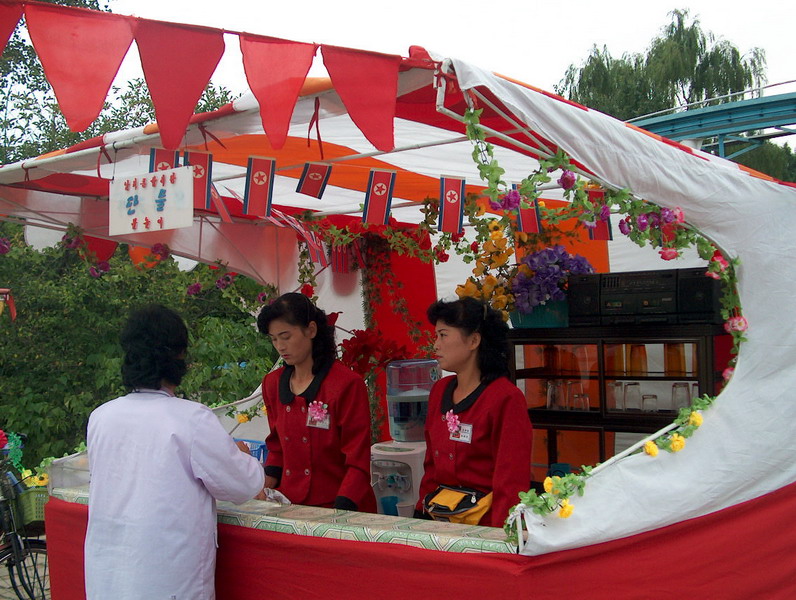 Hoping to get a refreshment at the fair
I’m sure they were selling something, but I just couldn’t quite make out what it was. 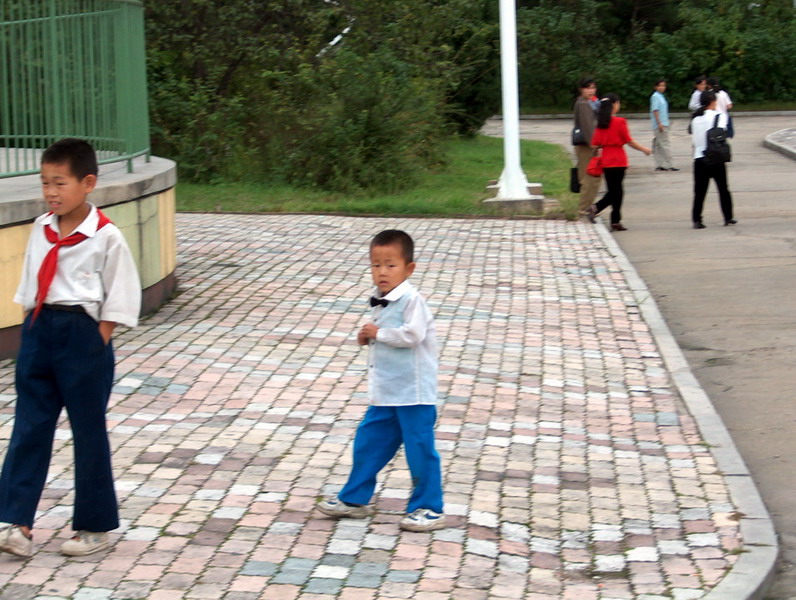 Child at the fair