Has the Internet Really Brought Us Any Closer Together?

Every time our family receives an actual Christmas or birthday card from a relative or friend, I feel a little twinge of guilt; especially, if that person took the time to write something meaningful in it that relates directly to you. What happened to those real letters you would find in your mailbox (not of the electronic variety) from time to time? Naturally, the letters which were written with you in mind were far more special than those ‘distributor’ letters which were printed in one go and then sent to everyone on the annual distribution list. However, this is certainly better than not doing anything at all (as in my case) and at least an effort was made to do it in the first place! It almost makes one want to bring out that nice Cross fountain pen and the off-white 100-gram laid or woven Conqueror paper which has been sitting dormant on the shelf for more than two decades! Having had a grandfather who was a serious stamp collector along with his collection of handwritten letters before stamps were first put in circulation way back in 1846 with the introduction of the iconic Penny Black, I often admired the time it must have took to painstakingly write a letter on very lightweight paper with an ink-quill pen. Moreover, I have seldom encountered seeing a letter with poor handwriting and poor grammar. Much of the handwriting was most exquisite; a skill which is rare to find these days. 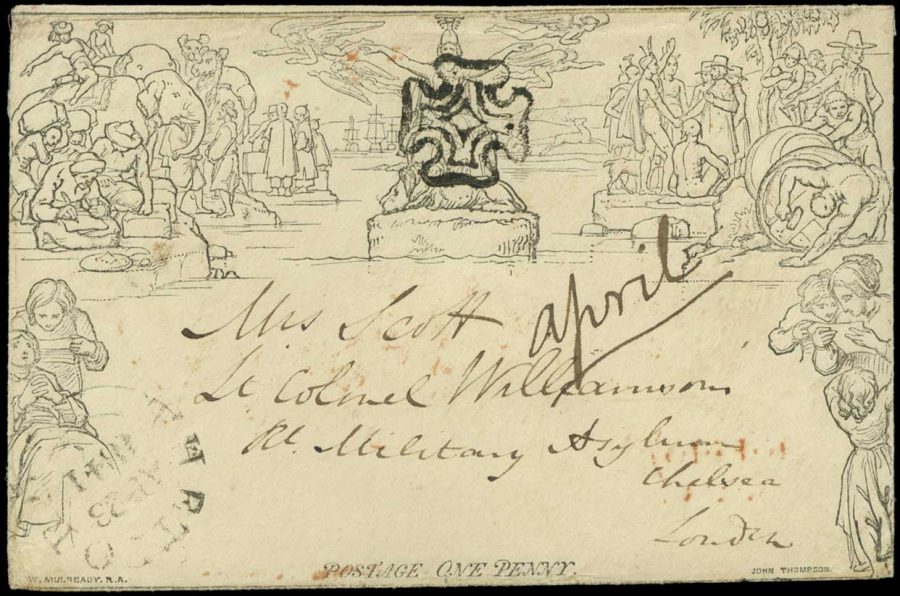 I frequently encounter articles that state we are becoming more time-poor and, with the advent of the Internet, we can simply connect with social media and send those somewhat cheesy emails along with their crude animations and tinny music portraying Christmas and birthday greetings to save time. We are not becoming more time-poor, but rather, we have far more avenues of distractions at our beck and call. For example, I enjoy writing and publishing articles about, frankly, anything. My mother and sister enjoy spending time with Facebook. My father is writing his second novel. My wife enjoys teaching Tai Chi; a pursuit which would have been quite a bit more difficult if we did not have a website to attract customers. All of us now have access to entertainment in the form of movies, TV shows and games any time of day. In my childhood in the early 70’s, for example, I had to wait for that 5-minute slot for Magic Roundabout to air just before the start of the daily BBC news and I also had to wait patiently for that weekly episode of Rainbow. And like many others out there who also have a 2-year-old, we try out best to reduce the amount of ‘screen time’ as much as possible but it is that little bit harder. In my childhood, I do not recollect that anybody had more time than they have now. People generally worked the same 40-hour week as we do now, had to take care of their children, tended to generally larger gardens than we have today and so on. They also did not have the convenience of online services so more time was spent on frequenting an establishment to buy goods, visiting a travel agent to book a holiday and use an actual telephone to book a reservation at a hotel. I do not really buy the notion that we are more time-poor but rather we simply have more distractions along with the extra work these distractions generate.

We are not becoming more time-poor, but
rather, we have far more avenues of
distractions at our beck and call.

So has the Internet really brought us any closer together? Yes and no. We certainly have more information at our fingertips and we often have over-bearing visibility on what others do in their private lives. We have certainly developed a sort of immunity on personal privacy. For example, take yourself back to 1992 and send a text message to a friend that you are now dining at Quaglino’s in London. 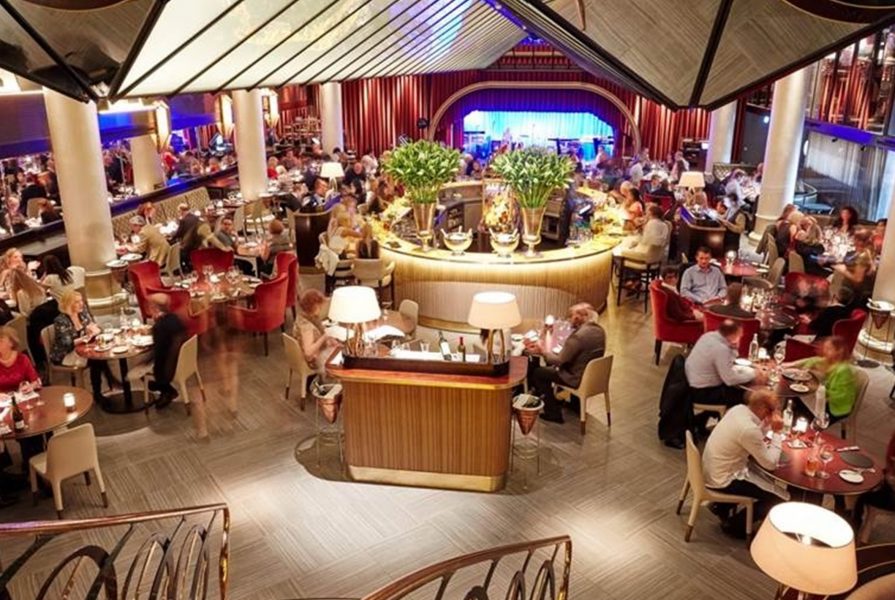 It’s likely that the general response would be a dismissive shrug with the anticipation that there should be a follow-up text with more context like asking if you would like to join us. Unlikely that we would return a text message saying, ‘Like It!’. Not saying that this is good or bad, it’s just that we have changed in this regard, and, on occasion, I respond to someone else’s post or article with a ‘Like It’ or a comment as a sign of appreciation. The problem with today and the Internet is the sheer volume of ‘noise’ and abundance of, mainly useless information (like this article!).

It can be surprisingly difficult to keep tabs on who your friends, colleagues, relatives and acquaintances are as many of us are simply not good at maintaining a consistent system of organising them. My late grandfather, Dr Sydney Ellerton of sugar beet fame, was very good in this regard. During his profession, he must have amassed at least two thousand acquaintances in the field of which, a good hundred turned out to be lifelong friends. He kept several stacks of drawers with alphabetised index cards with their contact details (a bit like a Rolodex on steroids) including their addresses. 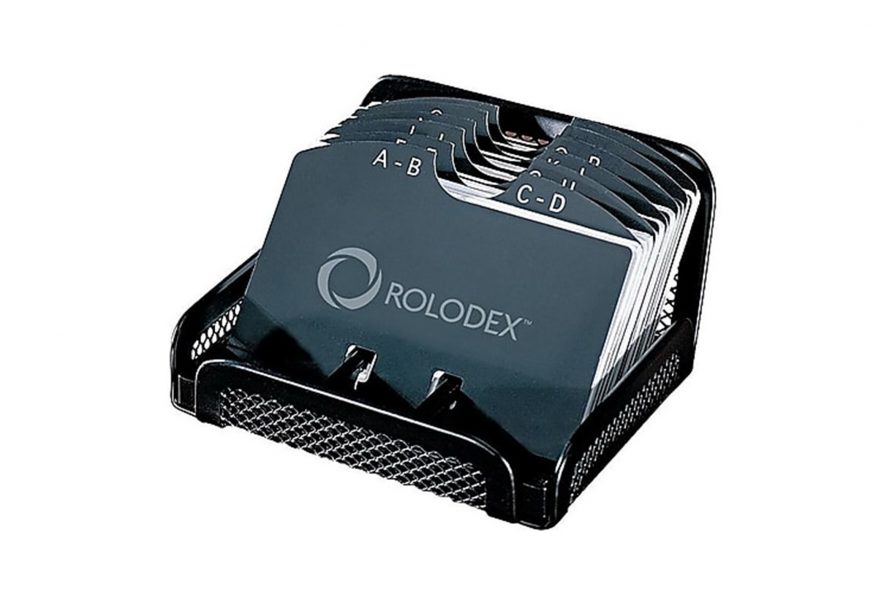 As this was during the 50’s through to the 80’s, you can well imagine the difficulty of keeping up with address changes; however, much of the updates were kept in check with the help of his wife who sent those regular Christmas cards each year. The cards added much more of a personal touch than a quick email or text message. Of those hundred friends, many were scattered around the globe including Europe, USA, Australia, New Zealand, North Africa and the Middle East. With every one of those friends (and a great many of the other acquaintances), there was simply no issue in making a telephone call or writing a letter that he would be coming to visit knowing that he would be welcome to stay at his friend’s house. Maintaining friendships and organising our contacts in our multi-device social media age is not so straightforward and requires an even high level of skill to administer. Most of us who have email accounts and multiple devices have probably experienced the confusion of duplicate contact details and first names of people (by not bothering to type in the rest of their details) who you have forgotten by ‘convenient’ synchronisation of your contact details through multiple vendor software and devices. I, for one, have several entries of the same contact more than seven times on my iPhone for example. And where do you store your information? On a spreadsheet, a database, a Word document, and if so, where? Which hard drive, computer,  or USB stick? If on the Internet, is it stored on Google Drive, Dropbox or some other third-party service? Social media outlets like Facebook are not really personal and two-way but sways in the way of ‘Let me show you (all) something. What do you (all) think about it?’. Again, I’m not saying this is a bad thing, but it would be interesting to know the average percentage of the number of Facebook friends a typical user has of whose addresses and telephone numbers are known, whether the user has spoken to that friend within the last year and if the user would be comfortable in giving that friend a quick phone call to see if they can pay a visit.

…it would, in some cases, be simply easier to revert to
the good ‘ole PSTN (i.e. The Telephone)

When Skype was first demonstrated to me (surprisingly by an elderly gentleman living in Germany), I was most impressed. At that time, it was novel and people were using it just to speak to someone else (no video at first), much like amateur short-wave radio users. Shortly thereafter it was used as a free telephone service if someone else had Skype installed. Later, you could buy credits and then call a real phone anywhere in the world for a fraction of the price of using your own phone. And of course, video was provided for those who had a reasonable Internet connection between the two. I thought this was a real ‘game changer’; however, the problem arose when other similar software was introduced by other vendors, for example, Microsoft Messenger, with differing standards and contact databases. With no universal username or ‘pointer’ (as in a telephone number) in place to, say, identify a Messenger contact using Skype or vice versa, you had to log in to more than one instance of software to make or receive a call to parties who elect to choose Skype, Messenger or some other vendor. The increasing proliferation of communication platforms suggests that the userbase in each platform is being ‘watered down’ to the extent that it would, in some cases, be simply easier to revert to the good ‘ole PSTN (i.e. The Telephone). 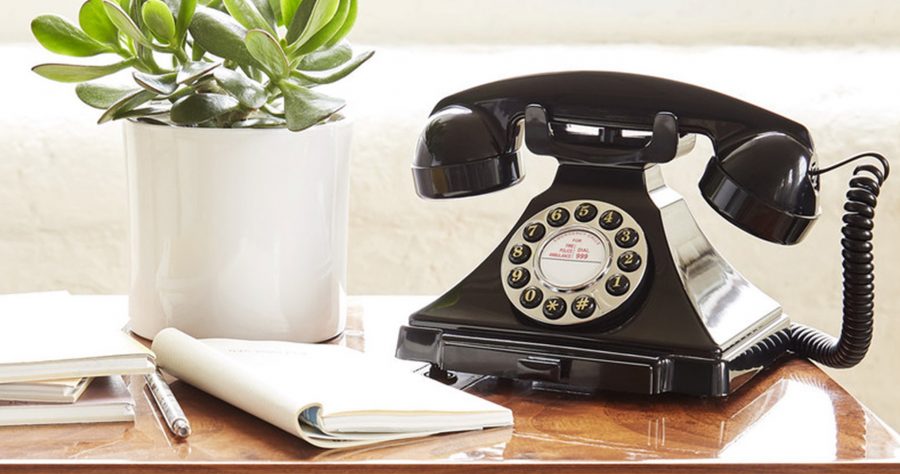 What is interesting that, despite the ease and lower costs associated with making online calls, is that the trend seems to be that instant messaging, followed by texts and then followed by emails are far more used. Have actual conversations with friends and acquaintances increased in the last 10 years or so? Many years ago, when the telephone rang, it was usually answered with a degree of fervour; however, the prevailing attitude is often that there is not enough time to engage in an actual conversation hinting that a short message would suffice for the moment. It certainly is a great way to find out who your real friends are! I am sure there are many others who believe that we have lost that spirit of having a direct conversation and, rather, having to rely on the relatively impersonal nature of messaging.

Which brings me to the topic of how we communicate at work. Vast amounts of information can be found on this topic alone on the Internet but the one area which strikes me is the fact that many large companies have still not been very successful in providing stable and high-quality video conferencing for users on their computers. In fact, some have been going backwards (unintentionally) by eschewing tried and trusted applications that relied on physical servers situated on their own backbone and instead migrating to newer cloud-based technologies without first designing and testing the network architecture properly and underestimating the amount of Internet capacity required to carry out the same quality of service as before. Such an exercise can cost the company substantially in terms of loss of productivity. When someone asked me 10 years ago how we would conduct meetings at work, which did not require face-to-face consultation, I said that we would probably all have computers and monitors fitted with high-quality video conferencing facilities coupled with a high-speed backbone able to deliver the quality of service required. I also envisaged more use of virtual whiteboard spaces and virtual reality headgear (as if you were sitting at the meeting). Unfortunately, the best I have seen in my personal experience is the use of shared video conferencing rooms and third-party webex tools which are relatively expensive to operate. We still have such a long way to go… 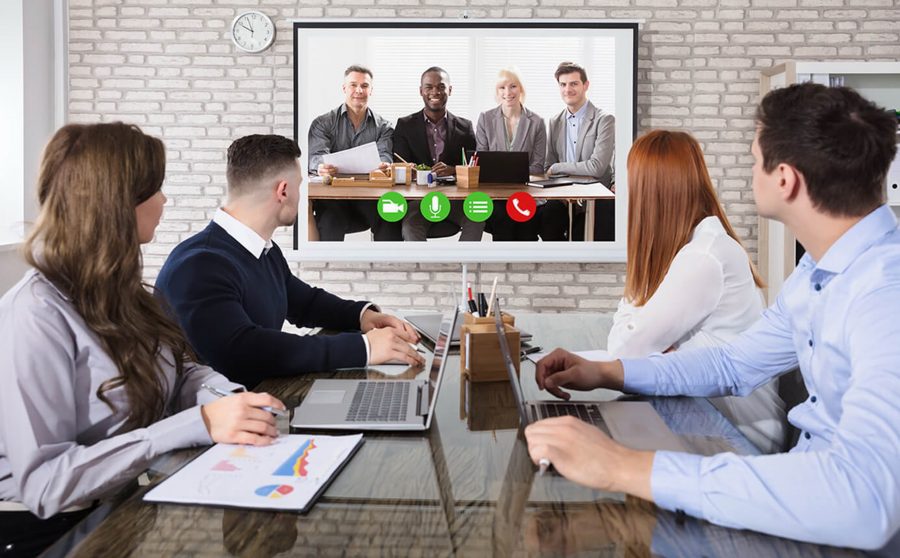